The Wisdom of Plotinus 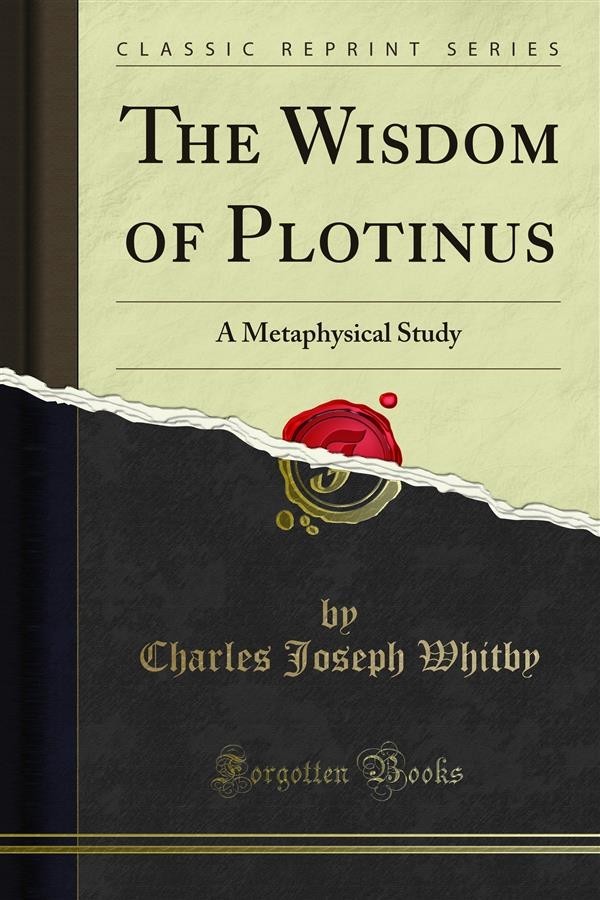 The Wisdom of Plotinus

Cient and modern metaphysic. Of ancient meta physic, for the reason already stated; of modern, because, though, in the Science of Being, vast progress has doubtless been made since the days when Plotinus lived and taught at Rome and Alex andria, yet, upon the whole, it has been a progress which, leaving unmarred the grand outlines of the primitive scheme, has perforce contented itself with broadening and strengthening its logical foundations and enriching its bare and abstract austerity with all the fulness of concrete experience. To Plotinus thinkers so great, yet so diverse, as Hegel, Coleridge and Emerson have been proud to acknowledge their debt. Had it remained unacknowledged it might easily have been inferred by the student of their respective works. The modern theory of the Absolute, as represented in the masterly speculations of our own Dr. Bradley, amounts in fact to a rein statement oi the Plotinian theory of the Noumenal Universe. With a difference, no doubt; for, at first sight, the sensuous factors of experience, which Bradley includes, would in the N e0platonist system appear to be excluded from the definition of Reality. But they are not really so excluded, only conceived as divested of the element of illusion which char acterises them on the phenomenal plane. For Plotinus expressly states that, in the sphere of.