The Economic History of India 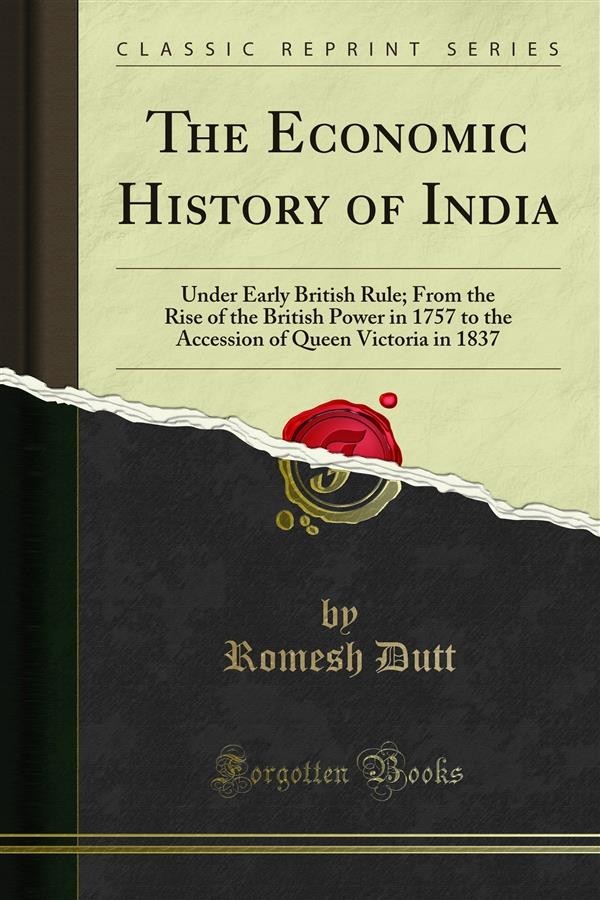 The Economic History of India

Excellent works on the military and political trausse tions of the British in India have been written by eminent historians. N 0 history of the people of India, of their trades, industries, and agriculture, and of their economic condition under British administration, has yet been compiled. Recent famines in India have attracted attention to this very important subject, and there is a general and widespread desire to understand the condition of the Indian people — the sources of their wealth and the causes of their poverty. A brief Economic History of British India is therefore needed at the present time. Englishmen can look back on their work in India, if not with unalloyed satisfaction, at least with some legitimate pride. They have conferred on the people of India what is the greatest human blessing — Peace. They have introduced Western Education, bringing an ancient and civilised nation in touch with modern thought, modern sciences, modern institutions and life. They have built up an Administration which, though it requires reform with the progress of the times, is yet strong and efficacious. They have framed wise laws, and have established Courts of Justice, the purity of which is as absolute as in any country on the face of the earth. These are results which no honest critic of British work in India regards without high admiration.