An Introduction to the Early History of Christian Doctrine 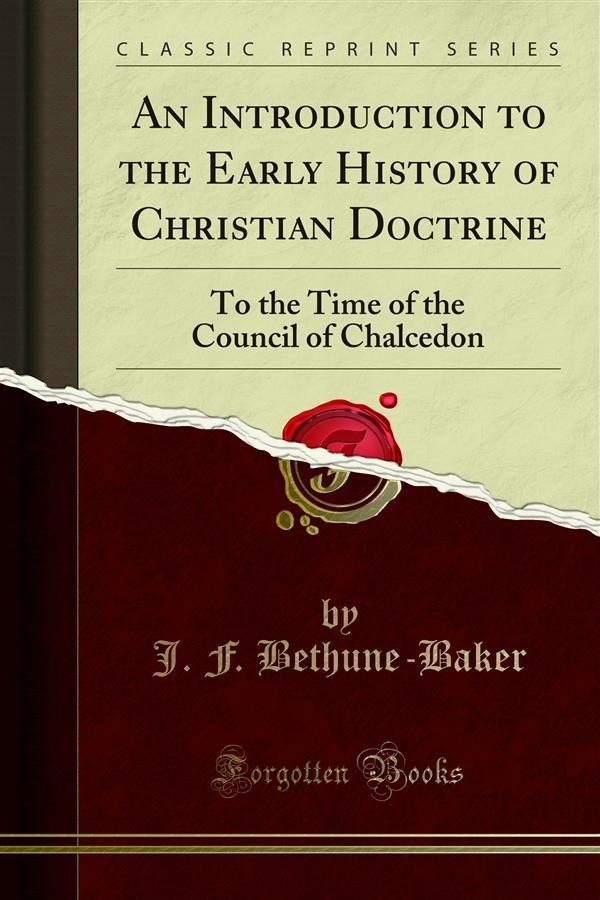 An Introduction to the Early History of Christian Doctrine

IN the preparation of this volume the writer has been guided by the general purpose of the Series of Theological Handbooks of which it is a part. A continuous narrative is given in the text, with as much freedom from technical treatment as the subject allows; details and authorities are relegated to footnotes, and some special questions and difficulties are dealt with in notes appended to the several chapters. The chief aim which has been kept in View throughout has been to offer to the student of the history of Christian Doctrine during the first four centuries of the life of the Church such information with regard to the facts and the sources as will enable him to prosecute his study for himself. It is only a limited period with which the book deals, but a period in which the Christian theory of life — oi the relations between God, the World, and Man — was worked out in its chief aspects, and all the doctrines to which the Church of Christ as a whole is pledged were framed. The 'authority' of these doctrines is only to be understood by study of their history. Their permanent value can only be appreciated by knowledge of the circumstances in which they came to be expressed, knowledge which must certainly precede any restatement of the doctrines, such as is from time to time demanded in the interests of a growing or a wider faith.