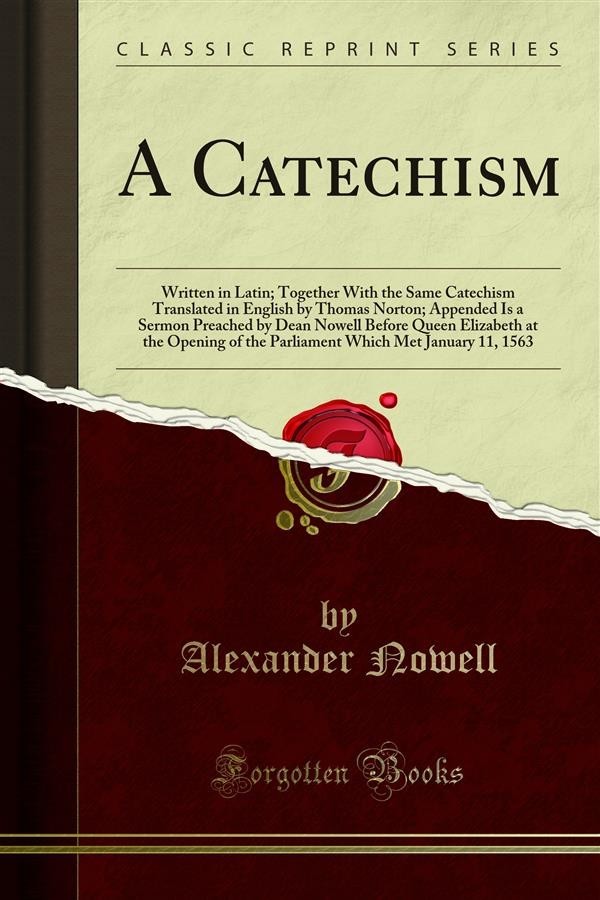 Alexander nowell, the son of John Nowell, Esq., of Whalley, in the county of Lancaster, was born in that parish sometime in the year 1507 or 1508: educated at Middleton in the same county, and at the early age of thirteen, was ad mitted of brasen-nose College, Oxford. Of that society he afterwards became fellow; and very late in life (1595) was for a few months President of the College. In 1543 he was appointed Master of Westminster School'; and in November, 1551, was made prebendary of Westminster on the death and in the room of Dr Redmayn, Master of Trinity College, Cambridge. On the accession of Queen Mary, Nowell was returned (probably through the inﬂuence of the Earl of Devon) as one of the burgesses to represent the borough of Loo in the par liament which met in October 1553. A committee of the House of Commons, however, declared him to be ineligible to be a member of that house, because of his being a preben dary of Westminster, and thereby having a voice in the Con vocation House. But unless Nowell were the Proctor elected to represent the Chapter of Westminster in Convocation, he would not have a voice in the Convocation House merely because he happened to be a prebendary of Westminster. Considering, therefore, that Dr Tregonwell, a zealous papist, who was also a prebendary of Westminster, was allowed to retain his seat in parliament, the ejection of Nowell from that assembly may be ascribed to his known attachment to the Reformationg.