History of the 13th Infantry Regiment of Connecticut Volunteers, During the Great Rebellion 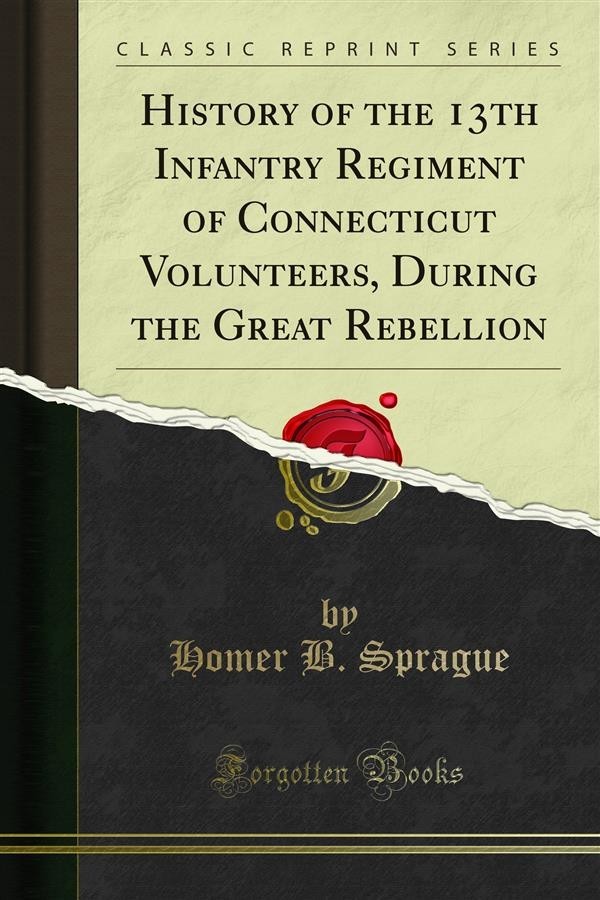 History of the 13th Infantry Regiment of Connecticut Volunteers, During the Great Rebellion

The regimental narrative is based mainly on the author's private diary — The Life and Sufferings of Captain Sprague. So far as the events came under his personal observation he is quite confident of the essential correctness of the statements but even here, he dares not hope he has escaped all errors. Jotted down at odd moments, in the midst of weary marches, on picket duty, on horseback, in the rain sometimes by the light of blazing buildings, often in presence of hissing bullets, as during our six weeks-at Port Hudson undoubtedly mistaken impressions may have been recorded. Having been present, however, in every battle, skirmish, siege, and march, in which the regiment was engaged, until the nineteenth of September, 1864, when he had the misfortune to charge too far and hold his position too long, and so fell into the enemy's hands, the author fears more that his observations may lack breadth than that they may be wanting in distinctness.