Life and Adventures of Lewis Wetzel 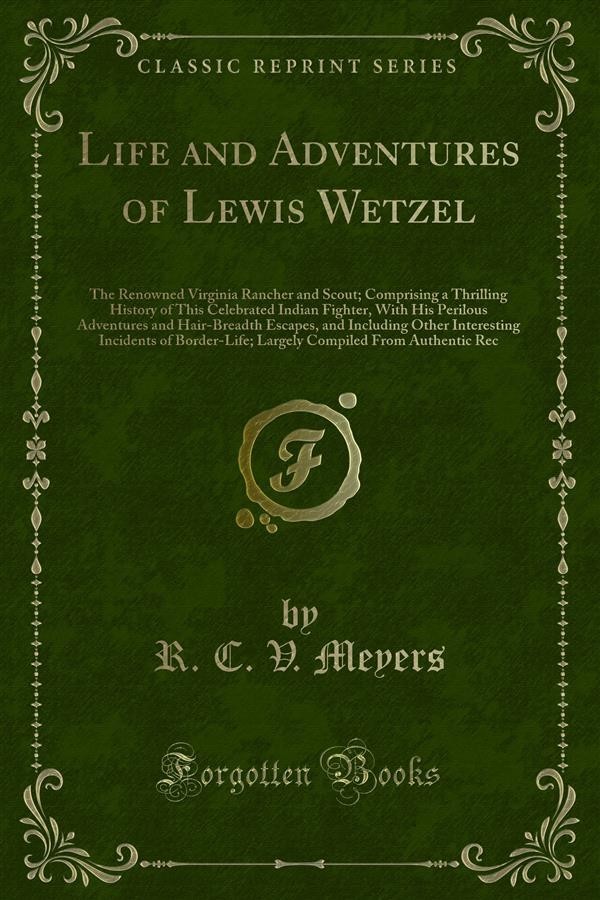 Life and Adventures of Lewis Wetzel

From these various sources the author has collated the scenes and incidents and thrilling adventures of the celebrated scout. And with all due sense of his faults and no one can feel these more than the author himself he cherishes the hope, both that he has succeeded in form ing such an idea of the times of Lewis Wetzel as is most consonant to the truth, and in representing these times in an intelligent and entertaining manner to the reader. The author has not been able to~rsgard Wetzel as a. Paragon of Virtue, an erring devotee of a mistaken fanaticism, or so void Of principle as to account the blood of his fellow-creatures cheap, provided it was ﬂowing beneath a red skin. But he was a man of the times, one who proved a bulwark for the infant settlements, and a right arm for their defense — and in this sense, truly a hero.