The History of Georgia in the Eighteenth Century, as Recorded in the Reports of the Georgia Bar Association 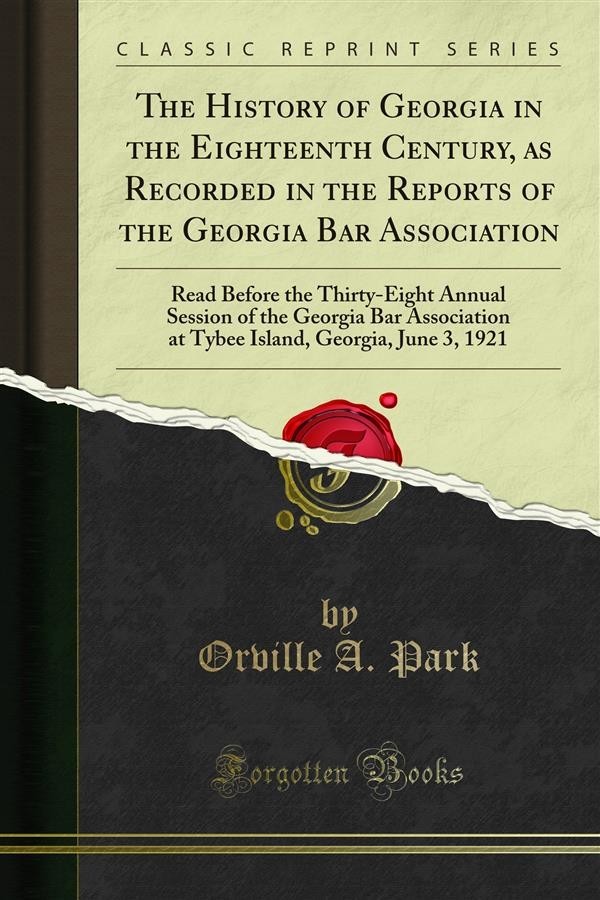 The History of Georgia in the Eighteenth Century, as Recorded in the Reports of the Georgia Bar Association

Of course the Bar Association historians have been largely interested in the constitutional and legal history of the state and its military and political history are only alluded to incidentally. And each one has written on some particular topic rather than on a period of time. Some incidents or some phases of the history may be given undue emphasis or treatment out of proportion to their importance, while other and mayhap more important matters may be passed over with but scant notice. Yet I do assert that a very fair history of Georgia has been written and recorded in the annual reports of the Georgia Bar Association, and much of the legal history of the state is better told in these reports than anywhere else.<br><br>When I had collected this historical material together I confess I was amazed at its scope, its volume, and its richness. I soon discovered it would be impossible to use it all, and therefore decided to confine this paper to the first sixty-seven years, from the founding of the Colony to the end of the century.<br><br>It has seemed best to let these Association historians tell their own stories in their own language rather than to use the material which, with so much painstaking care, they have laboriously gathered, in the preparation of a new and an independent history.<br><br>The plan adopted is after the manner of the "Historians' History of the World" - extracts from different authors being put together to form something of a connected whole.