Familiar Letters of John Adams and His Wife Abigail Adams 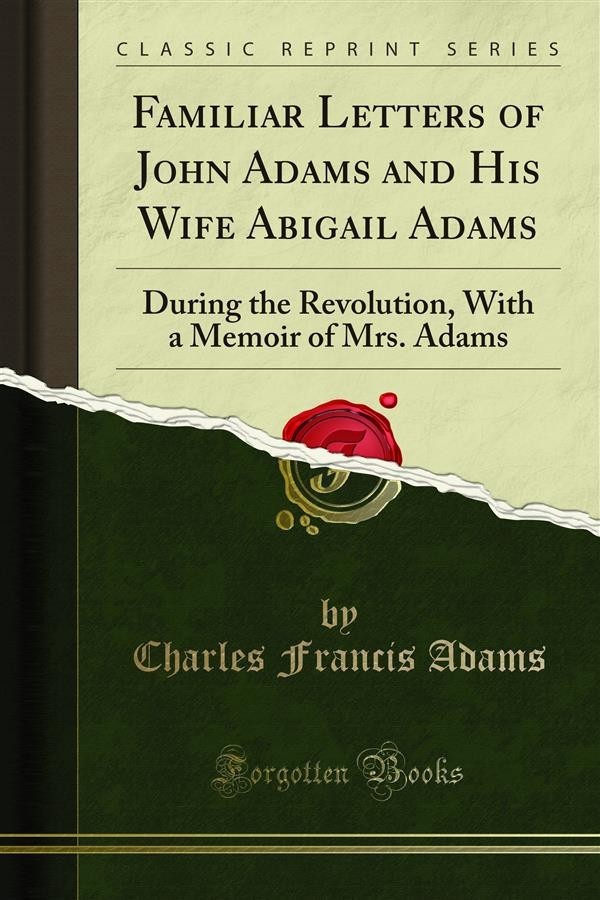 Familiar Letters of John Adams and His Wife Abigail Adams

The memorials of that generation by whose efforts the inde pendence of the United States was achieved are in great abun dance. There is hardly an event of importance, from the year 1765 to the date of the definitive treaty of peace with Great Britain, in September, 1783, which has not been recorded, either by the industry of actors upon the scene or by the indefatigable labors of a succeeding class of students. These persons have devoted themselves, with a highly commendable zeal, to the investigation of all particulars, even the most mi nute, that relate to this interesting period. The individuals called to appear most conspicuously in the Revolution have many of them left voluminous collections of papers, which, as time passes, find their way to the light by publication, and furnish important illustrations of the feelings and motives under which the contest was carried on. The actors are thus made to stand in bold relief before us. We not only see the public record, but the private commentary also; and these, taken in connec tion with the contemporaneous histories, all of which, however defective in philosophical analysis, are invaluable depositories of facts related by living witnesses, will serve to transmit to pos terity the details for a narration in as complete a form as will in all probability ever be attained by the imperfect faculties of man. Admitting these observations to be true, there is, neverthe less, a distinction to be drawn between the materials for a his tory of action and those for one of feeling; between the labors of men aiming at distinction among their fellow-beings, and the private, familiar sentiments that run into the texture of the social system, without remark or the hope of observation. Here it is that something like a void in our annals appears still to exist. Our history is for the most part wrapped up in the forms of office. The great men of the Revolution, in theeyes of posterity, are many of them like heroes of a mytholog ical age. They are seen, chieﬂy, when conscious that they are upon a theatre, where individual sentiment must be some times disguised, and often sacrificed, for the public good. Statesmen and Generals rarely say all they think or feel. The consequence is that, in the papers which come from them, they are made to assume a uniform of grave hue, which, though it doubtless exalts the opinion entertained of their perfections, somewhat diminishes the interest with which later generations scan their character. Students of human nature seek for ex amples of man under circumstances of difficulty and trial; man as he is, not as he would appear; but there are many reasons why they may be often bafﬂed in the search. We look for the workings of the heart, when those of the head alone are pre sented to us. We watch the emotions of the spirit, and yet find clear traces only of the working of the intellect. The solitary meditation, the confidential whisper to a friend, never meant to reach the ear of the multitude, the secret wishes, not blazoned forth to catch applause, the ﬂuctuations between fear and hope that most betray the springs of action, these are the guides to character, which most frequently vanish with the moment that called them forth, and leave nothing to posterity but those coarser elements for judgment that are found in elaborated results.