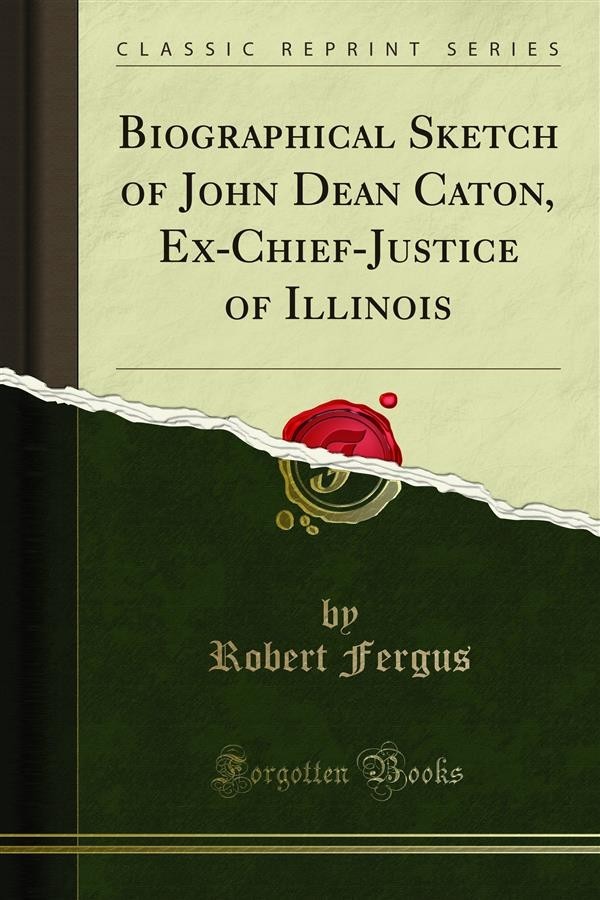 In 1829, however, he joined his mother at Utica. He entered the academy there, and for the first time applied himself resolutely to study, commencing with English gram mar, arithmetic, and surveying. Here he remained nine months, when he had become so far a proficient In survey ing that by Odd jobs he was enabled to add to his scanty funds. His preceptor regarded him as qualified to teach; and accordingly young Caton proceeded to Ovid, near the residence of his uncle, where he succeeded in securing the charge of a district-school. Gathering up his earnings for the winter, which netted him about thirty dollars, he re turned to the scenes of his childhood, where he again hired out on a farm; but having the misfortune to cut his foot, in the fall he proceeded to Rome and became a pupil of Mr. Grosvenor, where he first entered upon a clas sical course Of study. That winter he was again occupied in teaching, and in the spring, resumed his connection with Mr. Grosvenor.