The Ethics of Diet 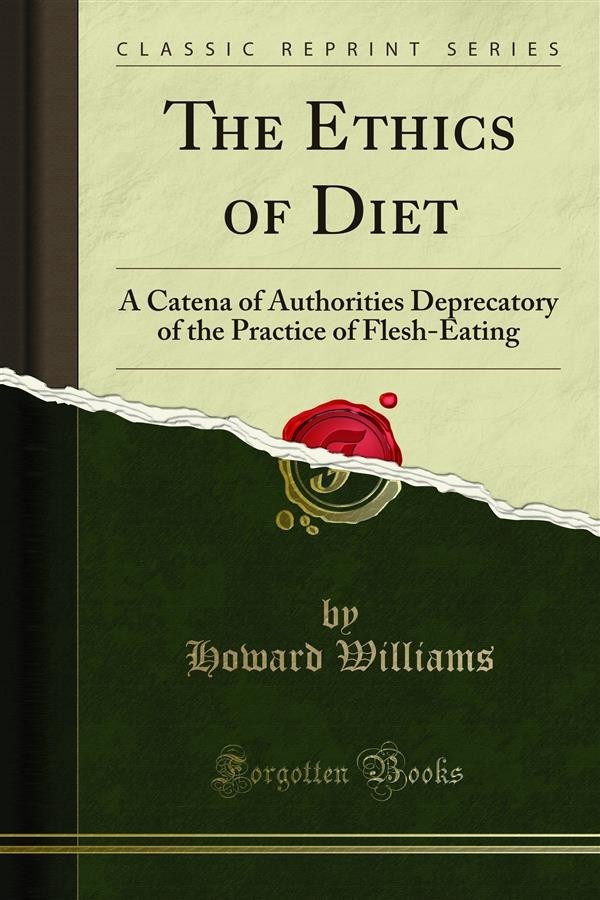 The Ethics of Diet

AT the present day, in all parts of the civilised world, the once orthodox practices of cannibalism and human sacrifice universally are regarded with astonishment and horror. The history of human development in the past, and the slow but sure progressive movements in the present time, make it absolutely certain that, 'with the same astonishment and horror will the now prevailing habits of living by the slaughter and suffering of the inferior species — habits different in degree rather than in kind from the old-world barbarisni — be' regarded by an age more enlightened and more refined than ours. Of such certainty no one, whose beam ideal of civilisation-is not a State crowded with jails, penitentiaries, reformatories, and asylums, and who does not measure Progress by the imposing but delusiv'e standard of an ostentatious Materialism — by the statistics of commerce, by the amount of wealth accumulated in the hands of a small part of the community, by the increase of populations which are mainly recruited from the impoverished classes, by the number and popularity of churches and chapels, or even by the number of school buildings and lecture halls, or the number and variety of charitable institutions throughout the country-e — will pretend to have any reasonable doubt.