The Bible Doctrine of Man 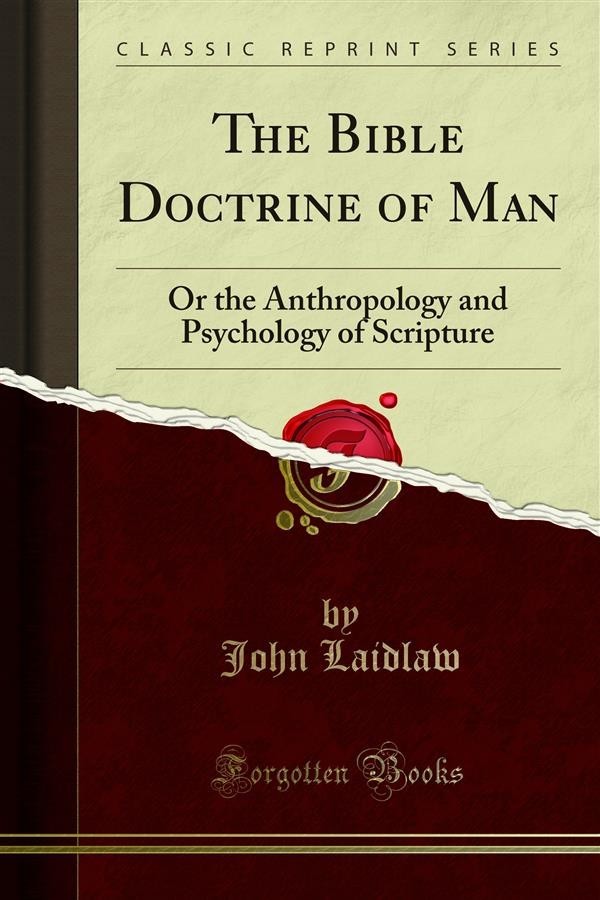 The Bible Doctrine of Man

The aim is to present in one view the Bible Theology and Philosophy of Man and his Nature. What is claimed for this endeavour, in the specific department of Biblical Psychology, is to have called attention to the distinction which the Bible attributes to spirit, as the highest element in man's constitution, and on the possession of which is grounded its unique doctrine of man's likeness to his Maker. It also claims to be a consistent exposi tion of the relations of soul and spirit in man. Rejecting as unscriptural and unsupported by reason the notion which founds upon the Bible use of these terms a Tripartite Theory of man's nature, cause is yet shown why the neglect of that usage, as a meaningless parallelism, must yield to accurate exegesis and historic fact. These two discussions specially exemplify that which it is the object of the whole treatise to maintain, namely, that a study of the psychological ideas of Scrip ture throws valuable sidelights on its doctrinal teaching.