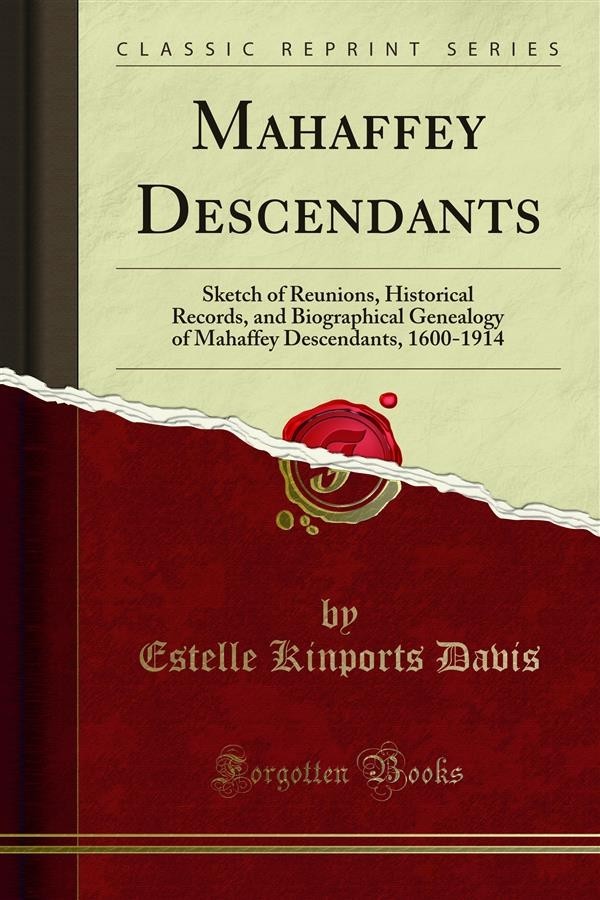 This work is not confined to a single family, but to any who have, or descended from the name, who furnished data. The families will be taken up in the counties of Pennsylvania, where the first one of the name was known to locate. Necessarily the sketches must be brief, but it has been the aim to select those details which would help in establishing lines of either past or future generations, and for that reason this book is entitled to a place in every library of those who bear, or descend from the Mahaffey name. Mention will also be made of those living in Ireland, who have for years taken an interest in members of the Clan here, and who have furnished us with interesting informa tion concerning the early history of the family there. Space has been given to all who have furnished the necessary data in the way of biography, or history, of the present, as well as the past generations, but in most cases your historians have found it difficult to procure the needed data, possibly due to reticence, or modesty. We have aimed to avoid partiality in this regard, naturally were obliged to give only what we were able to procure.