A Survey of the Woman Problem 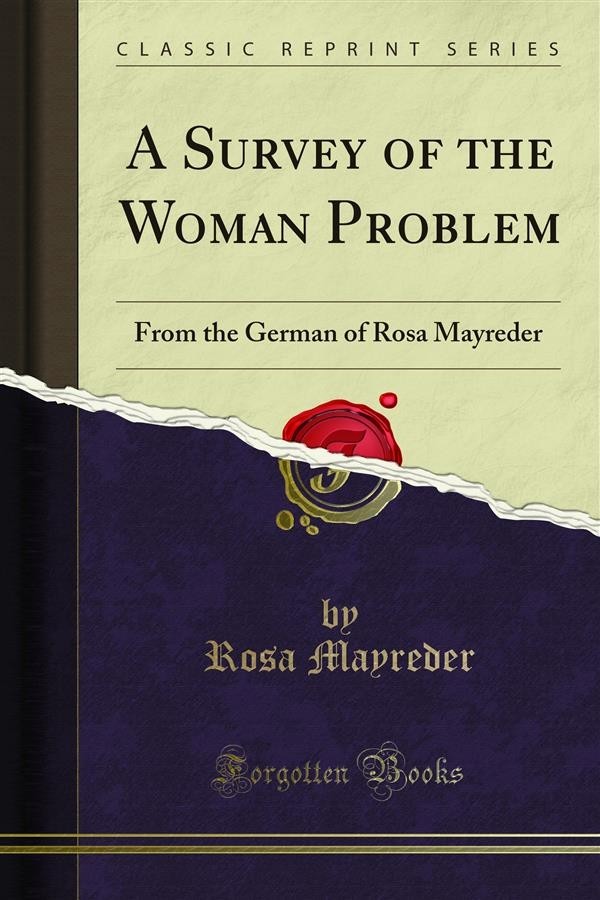 A Survey of the Woman Problem

The woman's movement is due to three different causes, and has three different aims in view. In my opinion, these ought to be considered separately, how ever intimately they may be connected with one another, and however true it may be that, taken in conjunction with one another, they constitute the essential move ment. Its threefold basis is economic, social, ethical psychological. During the few years in which the movement has begun to pass from the theoretical stage to the political, the economic and social problems have come to the front, while the ethical-psychological part has been kept in the background. I have, however, not dealt at all with the economic, and only slightly with the social, sides of the question. Although I recognise that without the economic revolution caused by the introduction of machinery the movement could hardly have become a practical one, yet I maintain that historically it has an idealistic, not a materialistic, origin. However great an inﬂuence the economic impulses may exert, much more importance is to be attached to the ideal postulates of the woman's movement. Economic improvements would have little effect in changing the real relations of the sexes. Even if a woman were able to gain her living independently of man, still she would not be free unless quite other inﬂuences began to operate in her favour.