The Sixteenth Maine Regiment in the War of the Rebellion, 1861-1865 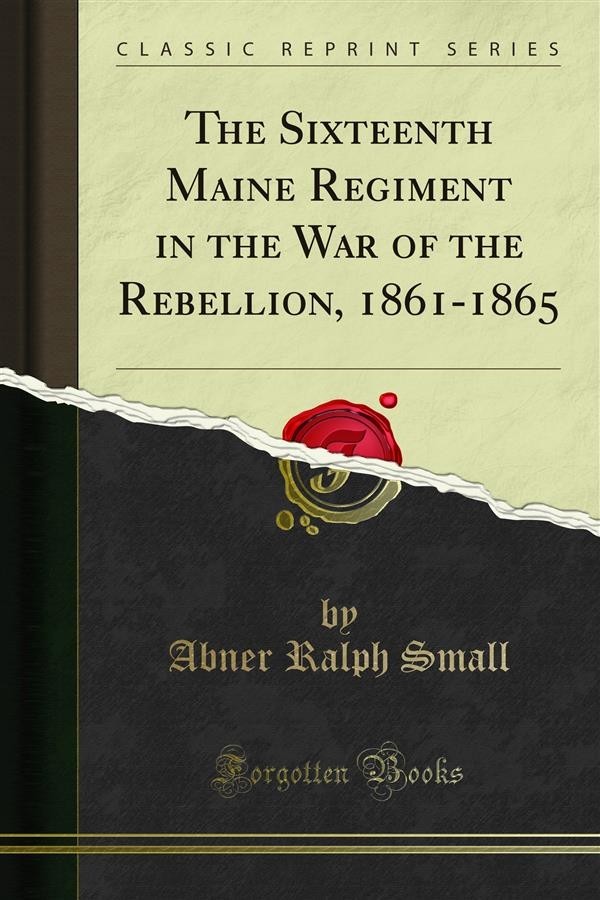 The Sixteenth Maine Regiment in the War of the Rebellion, 1861-1865

Infantry, the Sixteenth of Maine Volunteers, to consist of not less than eight hundred and sixty-six, nor more than ten hundred and forty-six men, in the aggregate, be forthwith raised for the service of the United States, by voluntary enlistment, to serve for three years, or during the war, if sooner ended, and to be entitled to all the pay, allowances, and bounties provided for other troops raised for the United States. Individuals to whom enlisting papers may be issued to recruit for this regiment, will receive none but able-bodied men of the age of eighteen years, and under forty-five years, nor minors without the written consent of their parents or guardians. Utmost caution is enjoined upon recruiting officers to receive none but able-bodied men, and to secure a full, correct and legibly written description of every man enlisted, with the Christian name written in full.