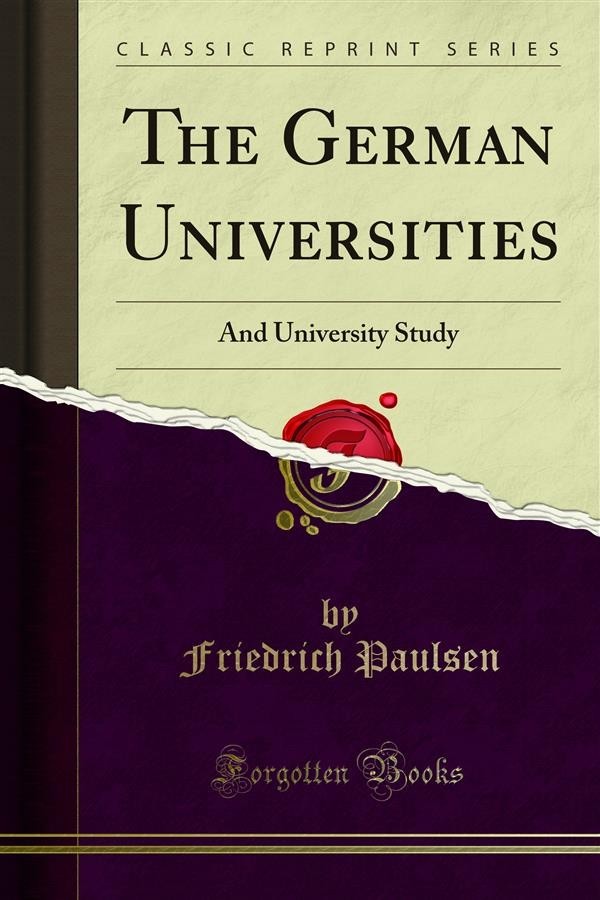 This intimate union of investigation and instruction gives the German university its peculiar character. There are excel lent scholars at Oxford and Cambridge, but no one would speak of them as the chief representatives of English scientific achievement. Many of England's most distinguished scholars, men like Darwin, Spencer, Grote, the two Mills, Carlyle, Macaulay, Gibbon, Bentham, Ricardo, Hume, Locke, Shaftes bury, Hobbes, and Bacon, were not connected with the universi ties at all, and of many of them it could be said that they would have been altogether impossible at an English university. But even the English professors are not, in the German sense, the instructors of the students. It is true, they deliver seien tific lectures, but the real instruction is usually left to fellows and tutors. In France, similarly, the scientific investigators, the great scholars, belong to the Academy, to the Institut de France. They are also, perhaps, members of the College de France, or of the Sorbonne, and as such they deliver public lectures, which anyone may attend. But they are not, like the German professors, the actual daily teachers of the students. Nor is it expected, on the other hand, that the members of the different faculties in France, especially in the provinces, Should be independent scientific investigators.