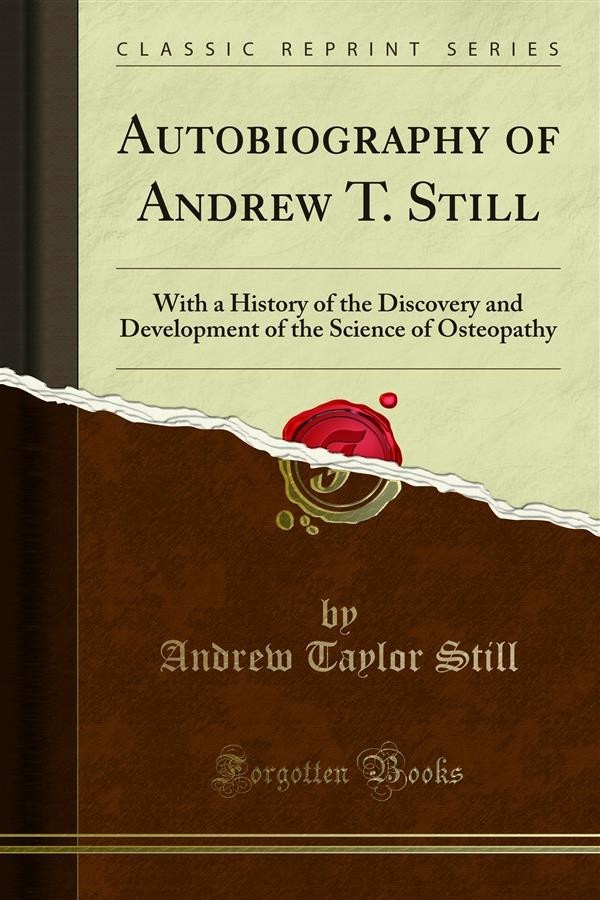 Andrew Taylor Still is perhaps most widely known as the father of Osteopathy. As a Doctor in a version of America that was still wild, untamed and dangerous he witnessed his colleagues trying their luck and doing their best with treatments that had uncertain success rates and terrifying side effects at the best of times. Dr. Still was determined to practice a kinder, gentler type of medicine and began to pioneer his own ideas about health care. <br><br>Driven by the flattery of professional biographers he spurned a portrait which assigned him false victories in battle and made him a legend in a way he had no desire for. He set down to write the humble account of his own life that you would expect from the son of a Methodist minister, an army medic and a long serving doctor, the Autobiography of Andrew T. Still. <br><br>What shines through these pages, describing an extraordinary life of public service, is that Dr. Still abhorred cruelty in every form. He decries the cruelty of his school teacher and even in thinking of a childhood where he had to shoulder responsibility, he empathises with his mother and his siblings. He lived a life that, while distinguished, was utterly entwined with the day to day struggles of his community. He worked in fields, apprenticed with his father, fetched, carried, sheared and fought. <br><br>Understandably, his patients feature heavily in his telling of his own life, and their pain is very clearly his pain. He paints no rose tinted picture of his world but rather finds the beauty in a harsh world.