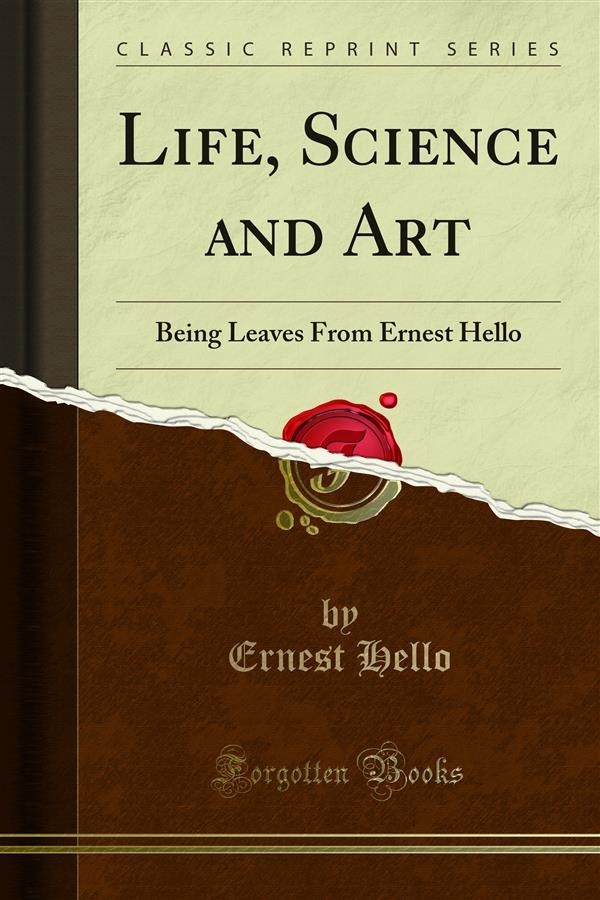 Ernest's childhood was passed on the old family estate of Keroman, near Lorient. Beyond the wooded farms, where the peasants spoke Breton, lay the desolate landes and the grey sea. He loved these soli tudes as a boy, and in manhood he returned to them to spend the best years of his life in strenuous literary work. Hello was educated first at Rennes, then at the Lycée Louis 18 Grand, Paris. He studied for the Bar, but threw up his profession because his fellow-barristers decided in con ference that it was quite permissible to defend an unjust cause. He could not, he felt, bear to be connected with a body of men, the majority of whom held such an opinion.