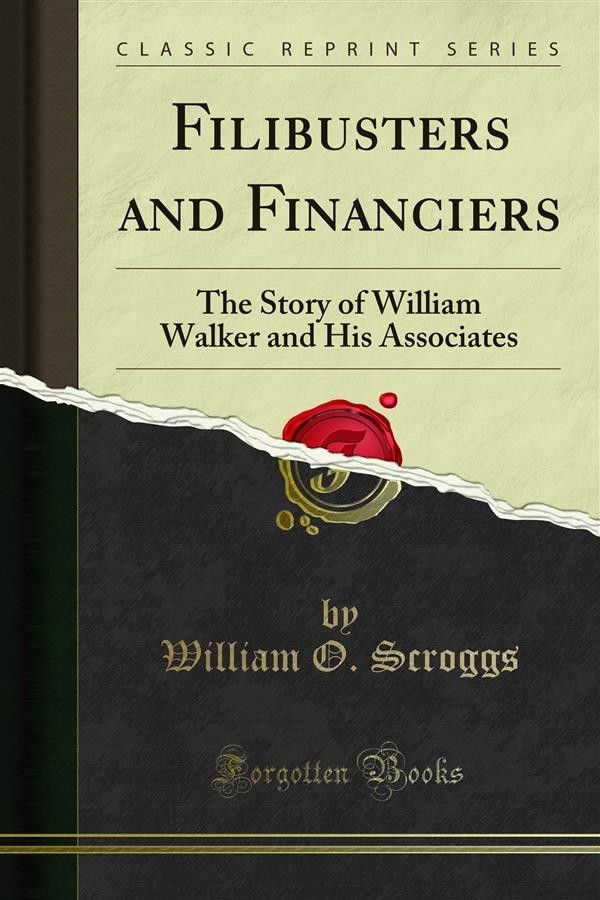 In making acknowledgment to those who have assisted him in the preparation of this work the author feels that he is indebted most of all to two of his former instructors, Professor George Petrie, of the Alabama Polytechnic Institute, and Pro fossor Albert Bushnell Hart, of Harvard University. Professor Petrie first aroused his interest in the filibustering movement and directed his earliest investigations, and Professor Hart trained and aided him in his further research. Professor Andrew C. Mclaughlin, while Director of the Bureau of His torical Research of the Carnegie Institution, aided him very materially in the investigation of manuscript sources in the archives of the State and Navy departments at Washington. Others who have been of much assistance in giving advice or furnishing materials are Professor St. George L. Sioussat, of Vanderbilt University; Lieutenant Campbell B. Hodges, of the United States Army; and Mr. Antonio Guell, of the Louisiana State University, a nephew of two of Walker's greatest oppo nenta, President Mora and General Canas of Costa Rica. To General John mcgrath, of Baton Rouge, La., a veteran of Walker's first Nicaraguan expedition, the author is indebted for the courtesy of a number of pleasant interviews, which have given him a clearer insight into the motives and aspira tions of the adventurers in Central America. He is also greatly obligated to Mr. Robert Lusk, of Nashville, Tenn., for the loan of a scrapbook compiled by Major John P. Heiss, one of' Walker's friends and supporters. The author also desires to return acknowledgment of the many courtesies ex tended to him by officials in charge of the archives of the State and Navy departments and by the staff in the reading room of the Library of Congress. To his colleagues, Professors Walter L. Fleming and Milledge L. Bonham, Jr., who have kindly read the manuscript and offered many valuable eriti cisms, he feels especially indebted.