The Works of James Abram Garfield 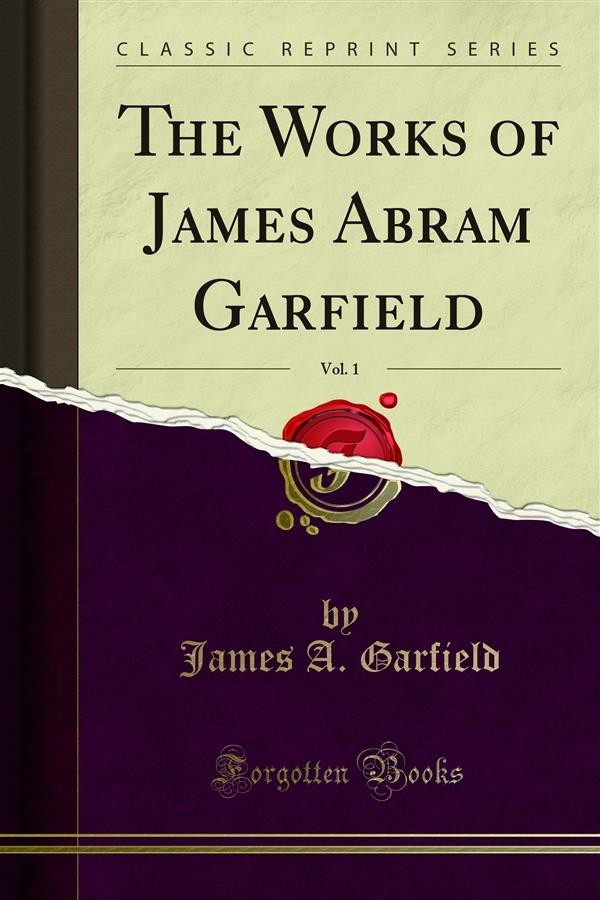 The Works of James Abram Garfield

Garfield discussed most frequently and fully, the mat ter is almost always new and the diction fresh. And even when he finds facts, arguments, or quotations that he has met before, he will find them in new combina tions and answering new purposes. Some readers may perhaps say that the historical illustration of the text, at least in some cases, is exces sive. Such readers should remember, first, that the works of our older statesmen have often suffered from lack of such illustration; secondly, that the subjects with which President Garfield dealt, particularly in the early part of his public life, are rapidly receding; and, thirdly, that no adequate life of him has yet appeared, or is likely to appear for some time to come. Con cerning the second of these points, — the rapidity with which events in our age pass into history, — a few words may well be spoken. As long ago as February, 1876, he himself touched one phase of this subject. More than a million votes, said he, will be cast at the next Presidential election by men who were schoolboys in their primers when the great financial measures of 1862 were adopted; and they do not realize how fast or how far the public mind has drifted. The logbook of this extraordinary voyage cannot be read too often In fact, it is not extravagant to say that there are hun dreds of thousands of young Americans today who know no more of the events of 1862 than they do of the events of 1776, if indeed they know so much. If the historical commentary is too full for some readers, it is not for others; and for none will it be too full in the next generation.