The Expulsion of the Jews From England in 1290 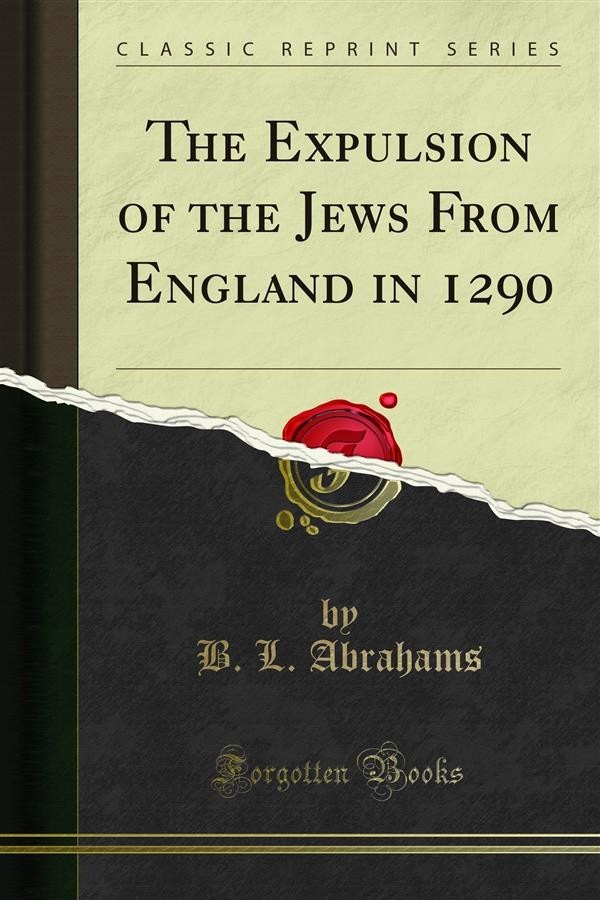 The Expulsion of the Jews From England in 1290

The expulsion of the Jews from England by Edward I. Is a measure concerning the causes of which no contemporary historian gives, or pretends to give, any but the most meagre information. It was passed by the King in his secret council, of the proceedings of which we naturally know nothing. Of the occasion that suggested it, each separate writer has his own account, and none has a claim to higher authority than the rest; and yet there is much in the circumstances connected with it that calls for ex planation. How was it that, at a time when trade and the need for capital were growing, the Jews, who were reputed to be among the great capitalists of Europe, were expelled from England? How did Edward, a king who was in debt from the moment he began his reign till the end, bring himself to give up the revenue that his father and grandfather had derived from the Jews How could he, as an honourable king, drive out subjects who were protected by a Charter that one Of his predecessors had granted, and another had solemnly confirmed To answer these questions we must consider what was the position that the Jews occupied in England, how it was forced on them, and how it brought them into antagonism at various times with the interests of the several orders of the English people, and with the teachings of the Catholic Church. We Shall thus find the origin of forces strong enough when they converged to bring about the result.