The Book of the Epic, the World's Great Epics Told in Story 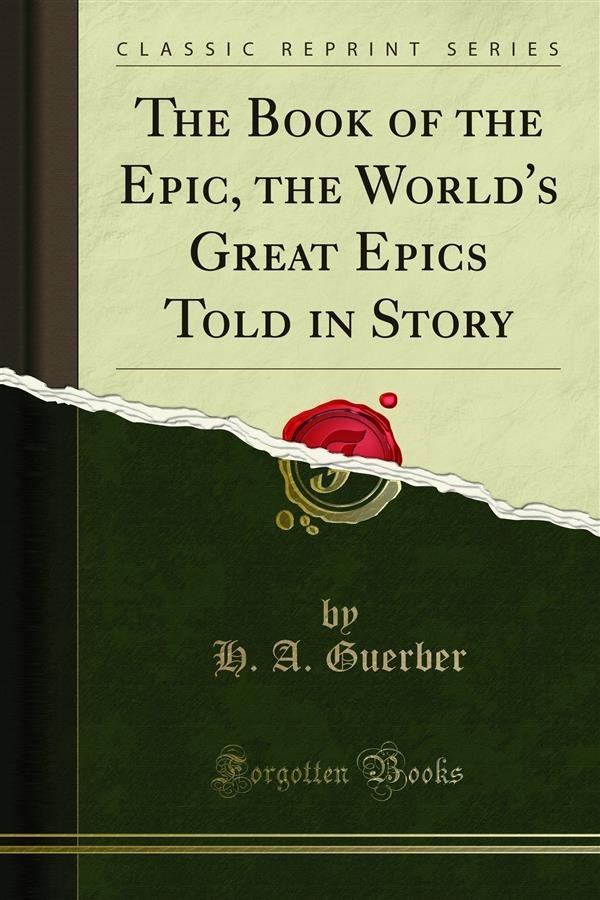 The Book of the Epic, the World's Great Epics Told in Story

Every now and then in our reading we come suddenly face to face with first things — the very elemental sources beyond which no man may go. There is a distinct satis faction in dealing with such beginnings, and, when they are those of literature, the sense of freshness is nothing short of inspiring. To share the same lofty outlook, to breathe the same high air with those who first sensed a whole era of creative thoughts, is the next thing to being the gods' chosen medium for those prima expressions. All this is not to say that the epic is the oldest form of literary expression, but it is the expression of the oldest literary ideas, for, even when the epic is not at all primitive in form, it deals essentially with elemental moods and ideals. Epical poetry is poetic not because it is metrical and conformative to rhythmical standards, — though it usually is both, — but it is poetry because of the high sweep of its emotional outlook, the bigness of its thought, the untamed passion of its language, and the musical ﬂow of its utterance. Here, then, we have a veritable source book of the oldest ideas of the race; but not only that — we are also led into the penetralia of the earliest thought of many separate nations, for when the epic is national, it is true to the earliest genius of the people whose spirit it depicts.