Catalogue of the Collection of Fans and Fan-Leaves 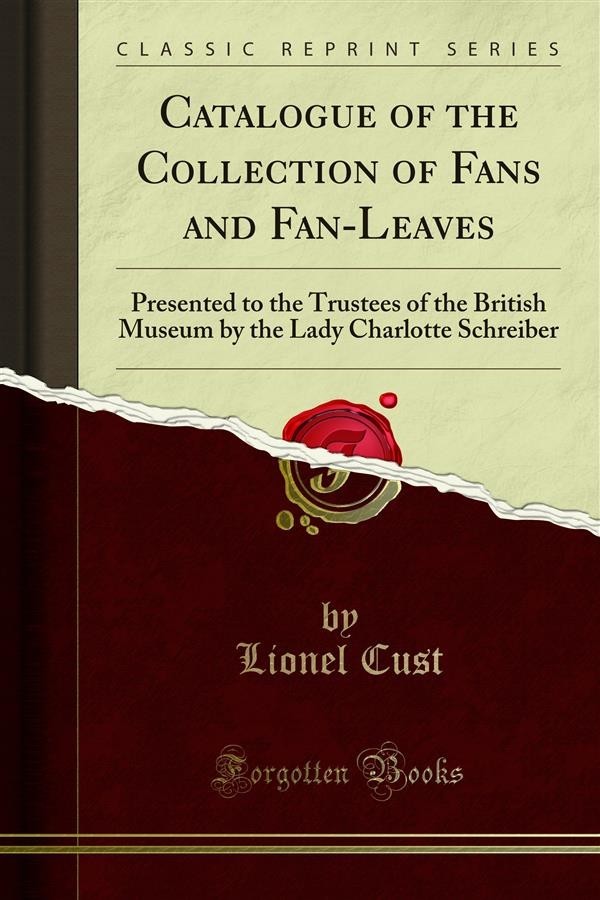 Catalogue of the Collection of Fans and Fan-Leaves

The custom of decorating fans and fan-leaves with historical, political, or social illustrations, engraved or drawn by hand, was very prevalent both in England and on the Continent during the last and the early years of the present century. The following is a brief descriptive Catalogue of an important collection of such fans and fan-leaves which was formed by Lady Charlotte Schreiber, and presented by her to the Trustees of the British Museum in 1891. The collection consists chieﬂy of printed examples, with the addition of a few painted by hand. The greater part of its contents have been reproduced by photo-lithography in two folio volumes compiled and published by the collector under the titles Fans and fan-leaves — English, and Fans and fan-leaves — Foreign (london: Murray, 1888, The specimens re produced in the former volume are denoted in the present Catalogue by the references S., E 1, etc. Those in the latter volume by the references S., F 1, etc. The descriptions, quotations, etc., in the present Catalogue are considerably abbreviated from those in Lady Charlotte Schreiber's volumes, only the shorter inscriptions being given at length, and the quotations generally being indicated by the first line only. Where the original inscriptions are in capitals throughout, the first letter only of each word is given as a capital -e g., The New Union Charade Fan. Two indexes have been added: one of the names of artists and publishers which appear on the fans, another of the most important persons, places, and events mentioned in the volume. The Catalogue has been compiled by Mr. Lionel Cust, Assistant in the Department of Prints and Drawings.