Autobiography of the Blessed Mother Anne of Saint Bartholomew, Inseparable Companion of Saint Teresa, and Foundress of the Carme 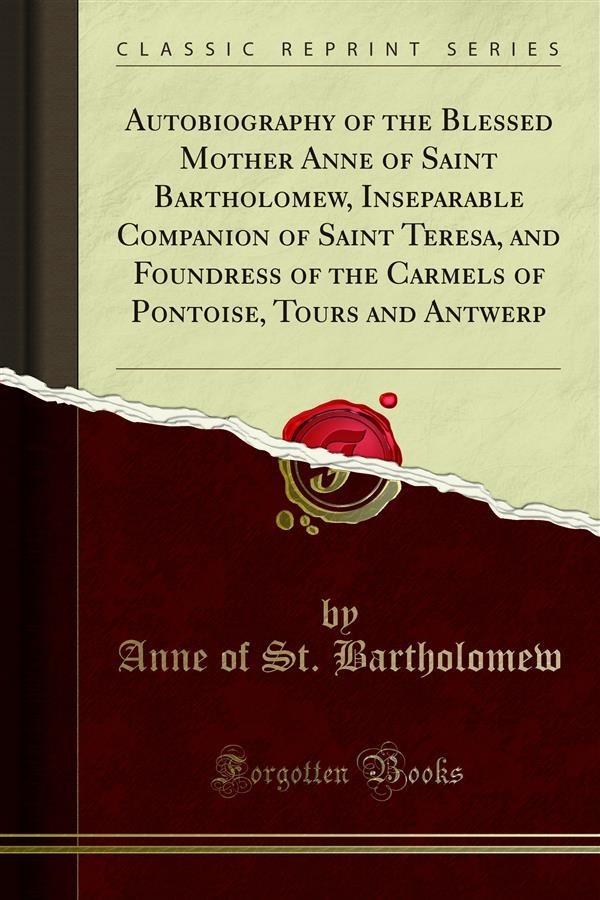 Autobiography of the Blessed Mother Anne of Saint Bartholomew, Inseparable Companion of Saint Teresa, and Foundress of the Carme

Now the subject of this Life, this strong and beautiful soul, Sister Anne of St. Bartholomew, was St. Teresa's close companion during her later and most eventful years; indeed, so close to her in body and soul as to be a perfectly competent witness of not only all outward happenings, but also of many of her visions and revelations. Her narrative leads us to the fragrant borders of the Saint's paradise; this is Sister Anne's most precious gift. She was not an hour absent from the Holy Mother during six almost trag ical months between the end of the Saint's Burgos foundation in the early Spring of 1582 and the seraphic end of her life the fol lowing October. Hence it is not too much to' claim for this book that it is a necessary complement to St. Teresa's published writ ings; this is peculiarly true of her autobiography, which Sister Anne extends and completes to the Saint's expiring breath. Besides this unique excellence, the volume is a minute study at close hand of the holiness of Anne herself, who, simple lay — Sister though she was, was one of the best examples of the Saint's train ing of souls to Christian and religious perfection.