Origin of the Names of the States of the Union 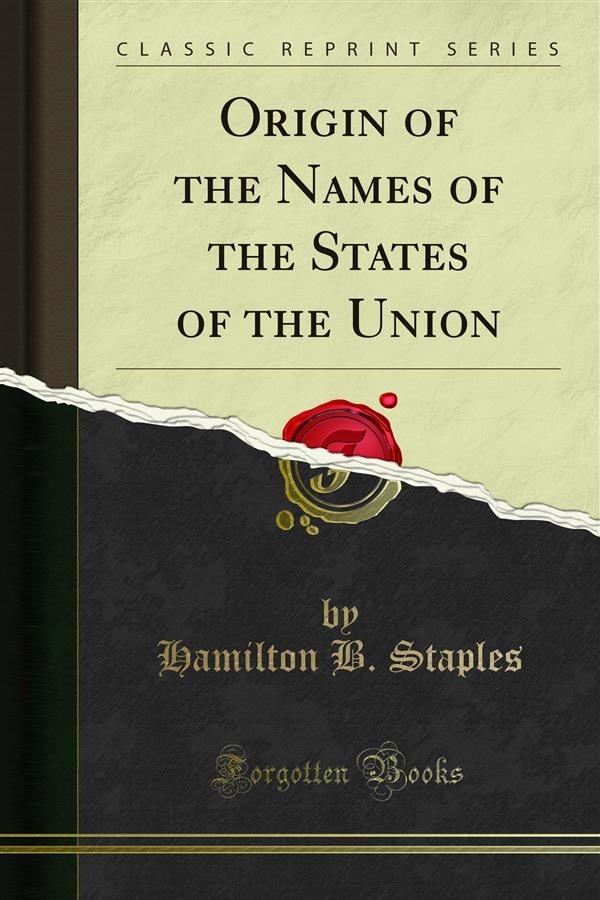 Origin of the Names of the States of the Union

I have the honor to lay before the Society a series of notes, the result of a limited research, upon the origin of the names of the States of the Union. I was led to suppose the subject might prove interesting from the circumstance that, some time ago, it had attracted the attention of the Society as a fit subject of investigation, but for some reason no definite inquiry has been prosecuted. I regret that in respect to the origin of the names of several States, my paper will simply present an array of conﬂicting authorities. I have to acknowledge my indebtedness to the acting librarian of the Society, and to Mr. Green, the accomplished librarian of the Free Public Library of Worcester, for the means to prosecute these inquiries. In considering the subject, it will be convenient to divide the States into groups, starting with the original thirteen States, as the first group, and in respect to this group, to refer to the States in the order of the coast line from North to South.