A System of Christian Doctrine 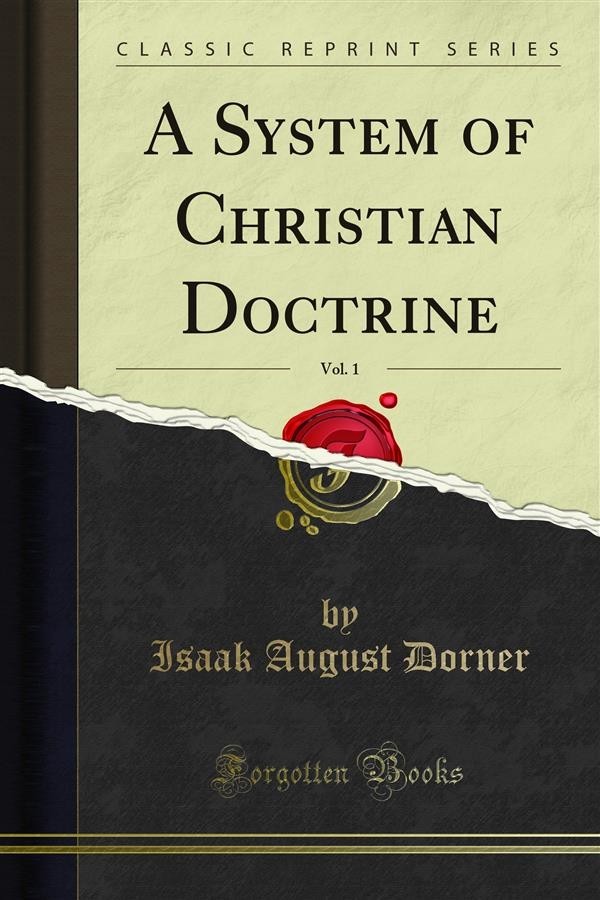 A System of Christian Doctrine

The next best thing, it has been said, to writing a good book, is to translate one. Whatever be the merits of the transla tion, the original of this work is assuredly a good book. Its author is already favourably known to the english-speaking nations by. Previous translations in the Foreign Theological Library. The stupendous work upon The Person of Christ has now become in Great Britain and America, what it had been in Germany from its publication, a Classic in Christology. The equally valuable History of Protestant Theology, so full of mature wisdom, keen criticism, wide sympathy, liberal thought, and evangelical power, contains one of the most philosophical and lucid statements in the English tongue of the origin and aims of Lutheranism, whilst by its history Of religious thought in the eighteenth and nineteenth centuries it affords at once one of the best guides to the modern German schools, and one of the clearest and most prophetic exponents of that regenera tion of Theology now in such rapid progress. Still, large as are the merits of Dr. Dorner's previous labours, the System of Christian Doctrine, to judge from the twelve hundred pages already issued, is distinctly his masterpiece, the ripe fruit of along and thoughtful life.