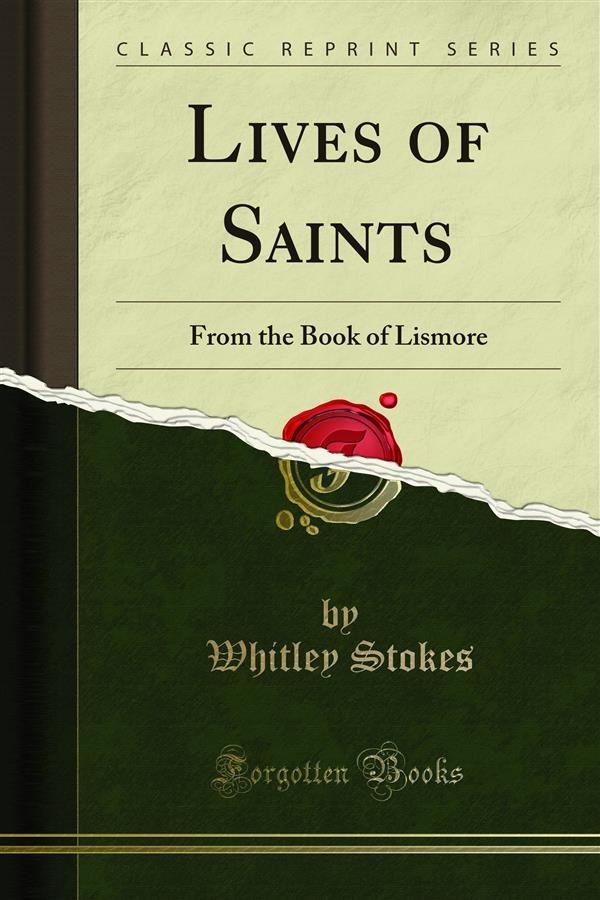 The chief contents of this volume are the text and translation of the nine Lives of ancient Irish saints contained in the so-called Boole of Lismore, a manuscript which now belongs to the Duke of Devonshire, and is kept in Lismore Castle, Co. Waterford. There, in 1814, it was found in a walled up passage by some workmen engaged in repairing the castle. It was lying, along with a crozier, in a wooden box. 'the ms.' (says o'curry) 'had suffered much from damp, and the back, front and top margin had been gnawed in several places by rats or mice.' Of its previous history we only know that on the 20th June, 1629, it was in Timoleague Abbey, in the hands of Michael o'clery, one of the Four Masters. This manuscript has been noticed by Windele 1, o'curry 2, Mr. Gilbert3 Sir Henry Yule, and Professor d'arbois de Jubainville5 and one of the two modern copies of part of it, belonging to the library of the Royal Irish Academy, has been noticed by Dr. Todd 6. But all these notices are so meagre, that they give no adequate idea of the nature and variety of its contents. The following description, though very incomplete, may serve to fill the gap till the codex is catalogued by some better scholar and palaeographer than the present writer.