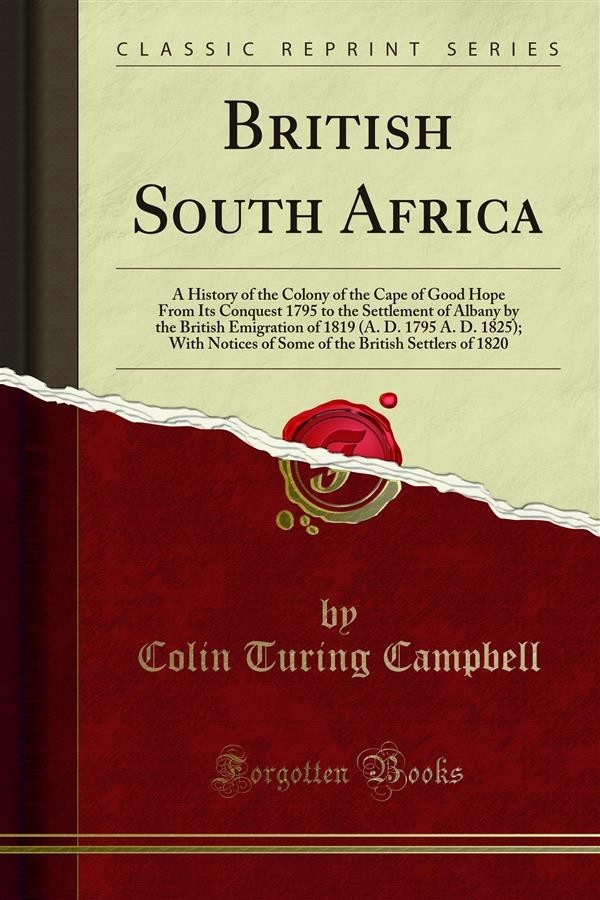 HE following pages are the outcome of a long-cherished wish to con tribute to the stock of information respecting the British Settlement in the Colony of the Cape of Good Hope. What little there is of this portion of the history of the Colony is now antiquated, and no writer has given particulars of the British Settlers themselves, their experiences after arrival, and their troubles and trials before the severe sufferings they had to endure by successive Kafir wars. The history of these wars is full enough, in which the British military forces figure prominently with dis tinction, while the ruin of the Settlers themselves is hardly alluded to. Many circumstances prevented my attempting anything in this direction whilst resident in Graham's Town. It was not till quite the evening of my life, and retirement from the public service in Griqualand West, that sufficient freedom from the distractions of unceasing labour allowed of my making a commencement of the work, and it has been pursued under difficulties, amidst many cares and anxieties. The work, however, was one of interest to me, and the disadvantage of distance from Graham's Town and Cape Town — where ready access could be obtained to such works as it was necessary to read and consult by way of preparation for my task was lightened by the numerous books on South Africa to be found on the shelves of the Kimberley Public Library within my reach. Kind friends also supplied me with the loan of such other publications relating to the Settler period which were not to be found in that excellent institution.