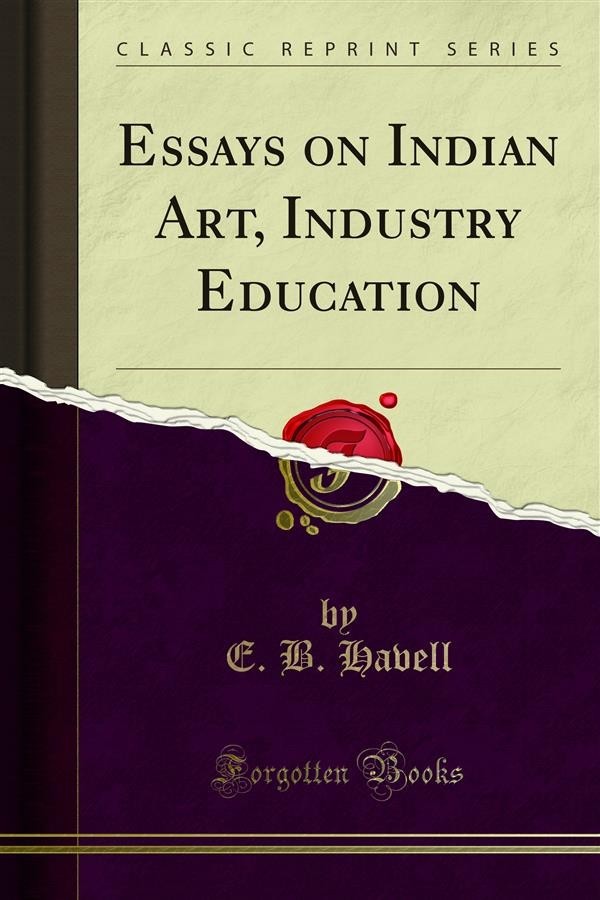 The various Essays on Indian Art, Industry, and Education which are here reprinted, though mostly written some years ago, all deal with questions which continue to possess aliving interest. The superstitions which they attempt to dispel still loom largely in popular imagination, and the reforms they advocate still remain to be carried out. Only last year Sir Henry Craik, M. P., in his book on India, revived the familiar anglo-indian legend that the Taj Mahal was the creation of a European architect. Hardly any serious attempt has been made in the last twenty-five years to make the departmental machinery of Govern ment effective for the revival of Indian art and handi craft. Of'ficialism in the Calcutta University has lately barred the way to further progress in art education over-riding the deliberate vote of the majority of 'the members of the Senate. Swadeshi politicians, with regard to India's industrial problems, have been content~to follow behind commercial Europe, and multiply the evils which the factory system has already inﬂicted upon India.