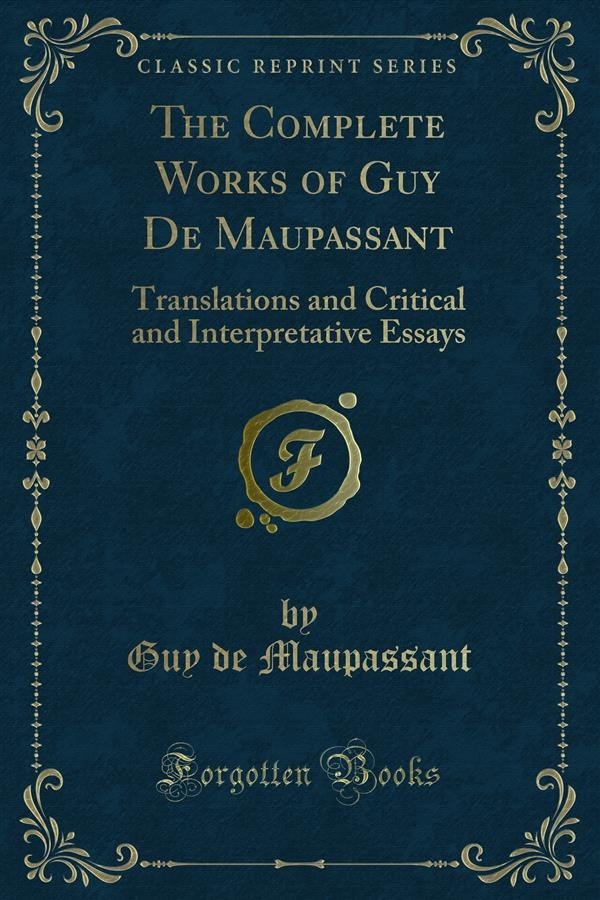 For thirty years she had lived in her little house, with its tiny garden running along the street; she had never changed her habits, only changing her ser vants pitilessly, as soon as they reached twenty-one years of age. When her dogs, cats and birds would die of old age or from an accident, she would replace them without tears and without regret; with a little spade, she would bury the dead animal in a strip of ground, throwing a few shovelfuls of earth over it and stamp ing it down with her feet, in an indifferent manner. She had a few friends in town, families of clerks who went to Paris every day. Once in a while she would be invited out, in the evening, for tea. She would inevitably fall asleep, and she would have to be awakened when it was time for her to go home. She never allowed anyone to accompany her, fearing neither light nor darkness. She did not appear to like children. She kept herself busy doing countless male tasks -carpentering, gardening, sawing or chopping wood, even laying bricks when it was necessary.