Dictionary and Grammar of the Language of Saʻa and Ulawa, Solomon Islands 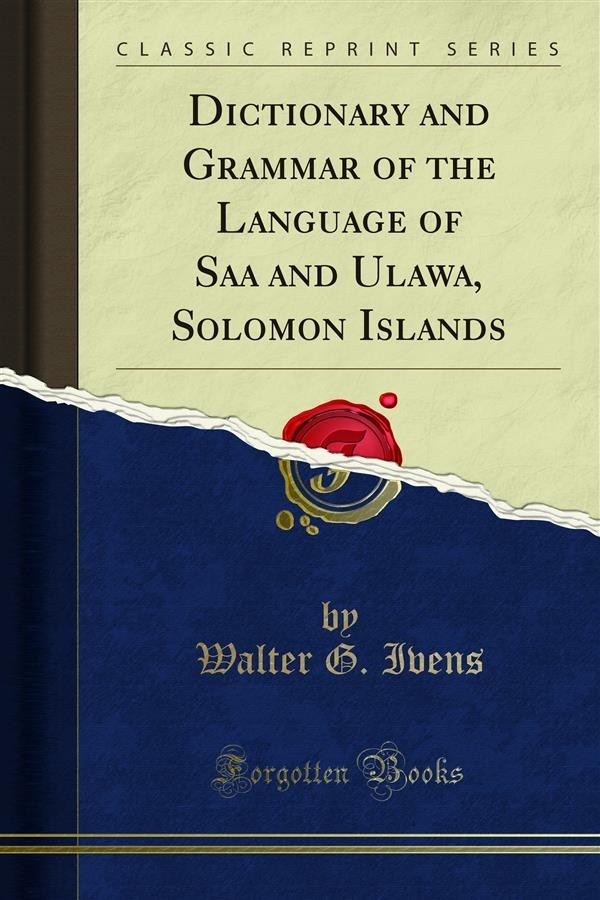 Dictionary and Grammar of the Language of Saʻa and Ulawa, Solomon Islands

The two languages, Sa'a and Ulawa, of which a dictionary is here presented, belong to one of the Melanesian groups of the Oceanic family of languages. Ulawa is the language spoken in the ten villages of the small island of Ulawa, the Contrariété Island of the charts, in the southeast Solomons. Sa'a is spoken in its purity in the village of the same name, the last inhabited place on the southeast extremity of the large island of Malaita, which lies some 30 miles west of Ulawa. Malaita is composed of two islands, commonly called Big and Little Malaita, separated by a narrow channel designated Mara Masiki Ch an nel on the Admiralty chart, but called Laloi Su'u (literally within-the inlet) by the people who use the languages presented here. Sa'a is situated on the Malaita coast exactly opposite Ulawa, and there is con stant communication between the two places during the calmer weather after the dropping of the southeast trade winds. The two languages are evidently from a common Stock and are so closely allied that it has been found quite possible in the present work to adjust the various details to the same scheme of treatment, both as to grammar and vocabulary.