Early Life and Times in Boone County, Indiana, Giving an Account of the Early Settlement of Each Locality, Church Histories, Cou 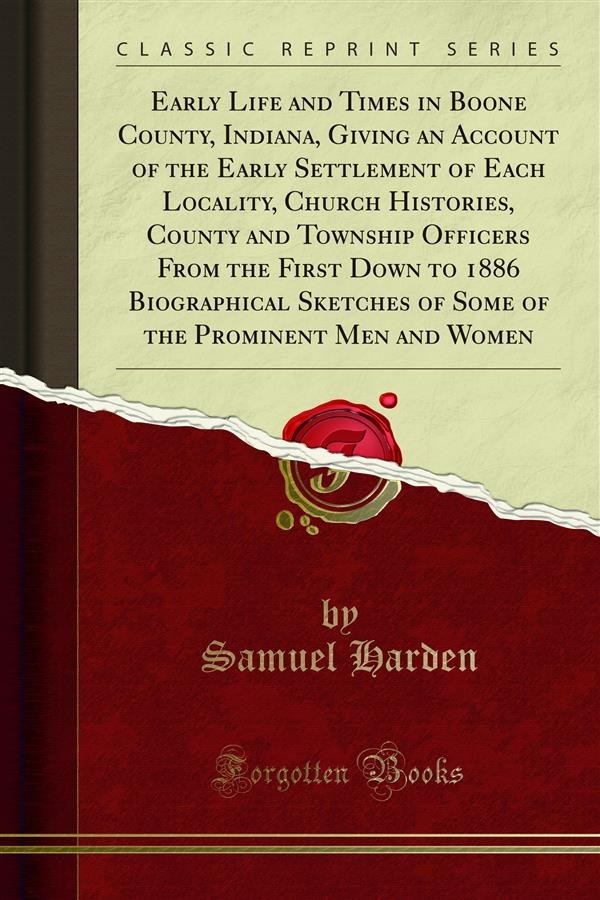 Early Life and Times in Boone County, Indiana, Giving an Account of the Early Settlement of Each Locality, Church Histories, Cou

'boone County occupies a central position in the great State of Indiana. It is bounded on the north by Clinton County, on the east by Hamilton, on the west by Montgomery and on the south by Marion and Hendricks Counties. It is twenty four miles from east to west and seventeen and a half miles from north to south. It contains about acres, two thirds of which is in cultivation. Its central position, excel lent soil, water power, and other advantages, natural and improved, ranks it among the first counties of the state. It is now nearly sixty-five years since Boone County was settled by the white man. It is true a remnant of the Miami Indians occupied the northwest corner of the county by stipulation from the government till 1828. Here they had lived, hunted and traded for sixty years previous, but about the year 1884 their fires went out and their songs were heard no more. They left traces, however, that today are visible, i. E., the graves Of their fathers and children. This reserve or territory em braced all of Sugarcreek Township, two-thirds of Washington, nearly one-halfof Jefferson and five sections Of Center Town.