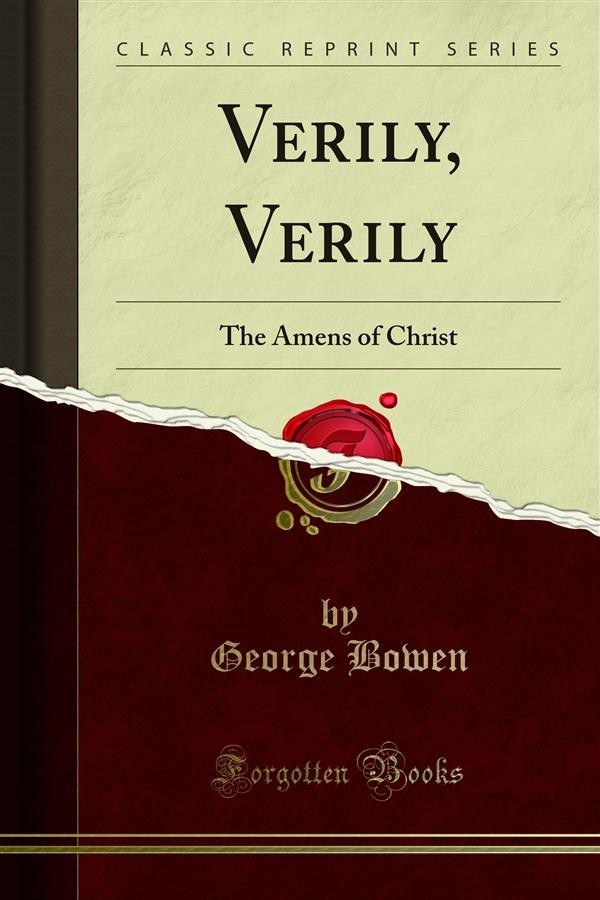 Proceeding with his illustrations, Jesus shows that the law is tending to fulfilment when an inferior or temporary expression of the Divine will is replaced by a higher expression of it. The injunction to give a writing of divorcement was subordinate to the higher law that forbade the putting away of the wife; and by parity of reason all that was temporary and special in the command ments given to the Israelites had to be superseded by that higher expression of the will of God which Christ came to give. The Jews who ﬂattered themselves that they were righteous because they had not forsworn themselves, were to learn that the use of oaths was itself Offensive to God. A Divine interpreter of the law is come among them, and he shows them that they have constantly misapprehended its scope. The Sermon on the Mount is an inspired commentary on the law, revealing its length and breadth, and showing that nothing less than [absolute perfection is required of those who would be called the children of God. Be ye therefore perfect, even as your Father. Who is in heaven is perfect. At a later period we find our Lord varying the words of our text thus: Heaven and earth may pass away; my words shall not pass away. The law passes over into the words of Christ these are the final and complete expression of the Father's will, the new version of the Divine code. The law thus embodied is an essential part of the Gospel. It is only as we know the will of God that we know God; his character expresses itself in his requirements; and if any man turns his back on the law, or gives it the cold shoulder, he is so far turned away from God. A thing this to be considered by many who seem to have little solicitude for the doing of God's will, many to whom the commandments are grievous, and whose Bible is limited to the promises. I never knew you is what the Judge' will say to them; had they known him he would have acknowledged them.