The Intimate Life of Alexander Hamilton 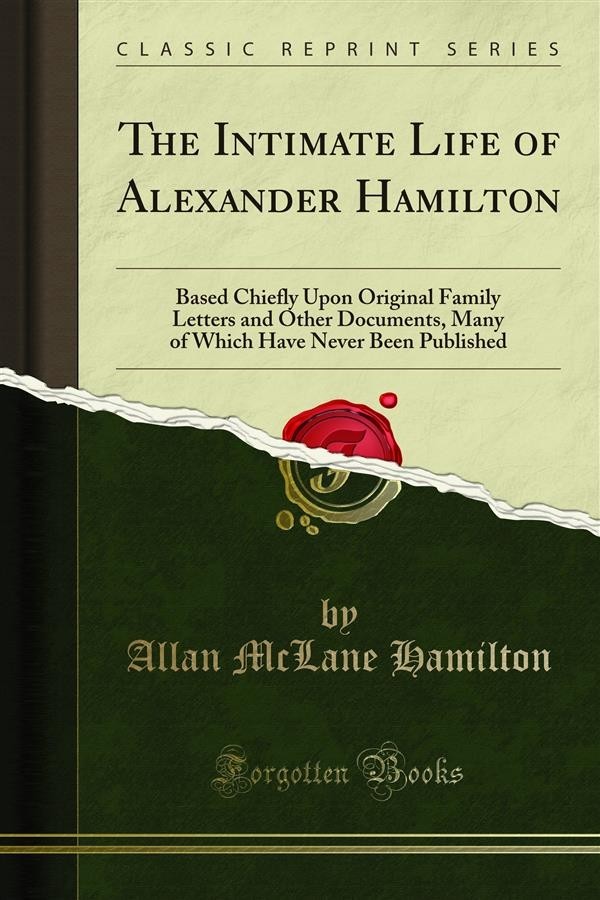 The Intimate Life of Alexander Hamilton

The purpose of the writer is to utilize a large number of original letters and documents, written by Alexander Hamil ton and various members of his family as well as his con temporaries, and which in some measure throw light upon his private life and career as a soldier, lawyer, and states man. Most of these have never been published, and were left to me by my father, the late Philip Hamilton, who was his youngest son. I have no more ambitious purpose than to produce a Simple narrative, for there are several impor tant works that fully and formally describe his public ser vices. The latest of these is Oliver's excellent book, which is a noble monument to the memory of Hamilton. If I have gone into detail very minutely it is because of the belief that the familiar side of his life will be of interest to a great many people who have hitherto been furnished only with unauthen tic generalities.