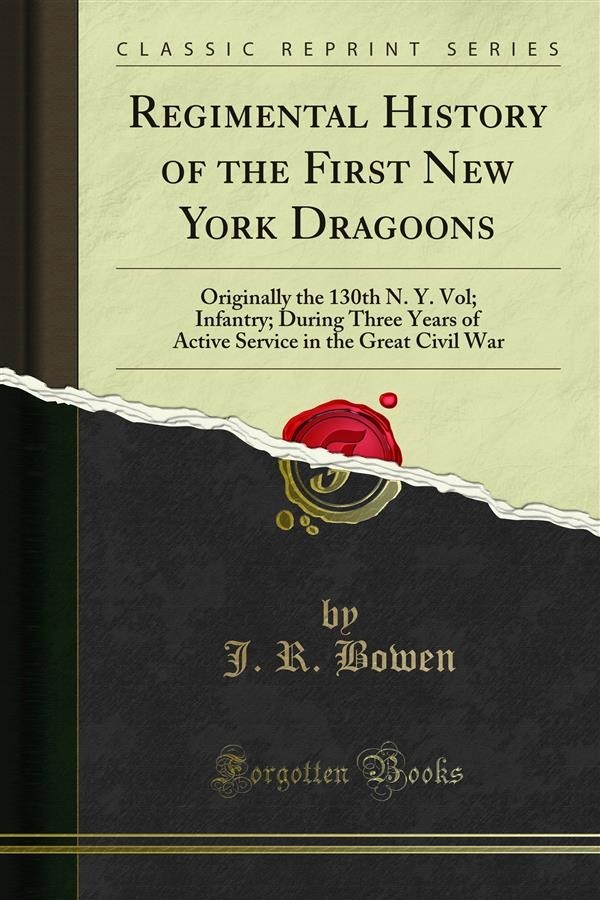 It may differ from most war books in that it is comparatively free from dry statistics and mere details of military movements. On the contrary, the effort has been made to supply a missing part in soldier history by the introduction of suitable anecdotes, daring adventures, thrilling incidents, and descriptions of camp life, as well as the wreck, roar, and carnage of battle, all, how ever, drawn from experiences within our own regiment. War, though a grim reality, had its humor as well as its tragedy, and our history would be incomplete without an occa sioual presentation of the humorous side of army life. In fact, no effort has been spared to place in permanent form a reliable record of the entire three-years' service of the regiment, its heroic deeds, desperate battles, bold achievements, and undy ing glory; such a record as every dragoon will appreciate, and which will be prized by his family when the veteran has passed to the eternal camping-grounds. It is also impartial, giving credit and honor not only to the gallant officers who led us, but also to' the brave boys in blue who composed the rank and file, for none should overlook or underestimate the courageous men who, in the carnage of battle, stood behind the bayonets or wielded the gleaming saber, and in the midst of whistling bullets and cannon's roar pressed with an unfaltering tramp, tramp, tramp, into the very jaws of death; or in the thunderous cavalry charge, with waving sabers and savage yell, swept down upon the enemy like a besom of destruction.