Over the Canadian Battlefields 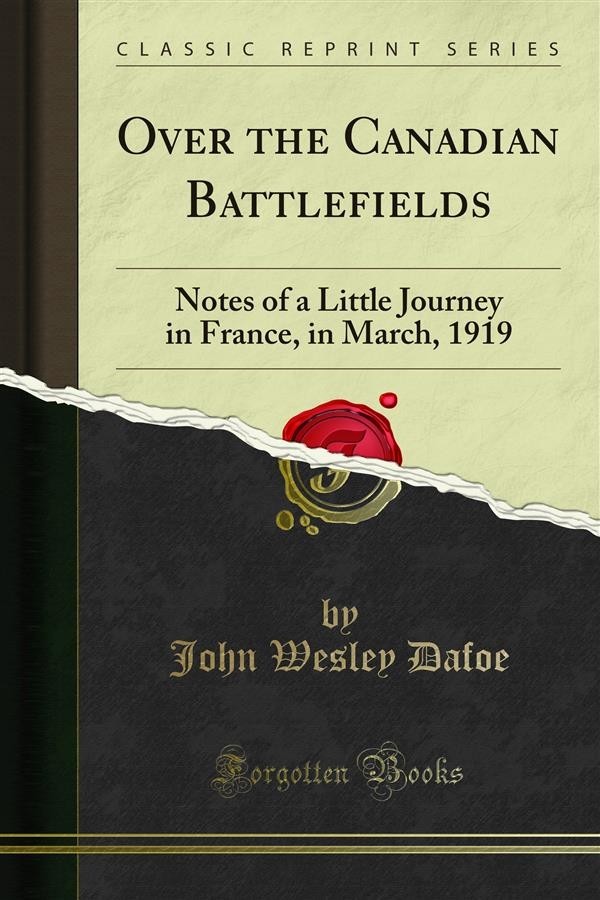 Over the Canadian Battlefields

HE articles which go to make up this little book were written for news» paper publication immediately fol lowing the journey over the battlefields, in France in March, 1919, which I had been enabled to make, through the courtesy and kindness of the Canadian Corps Comman der. They were published in April, 1919, in the Manitoba Free Press, Winnipeg; and are now republished at the request of many friends who have asked that they be made available in more permanent form. Though the articles reveal their journal istic origin alike in their form and in a certain evanescent timeliness, already part ly out of date it has not been considered ad~ visable, under the circumstances, to re-cast them into more permanent form. They are.