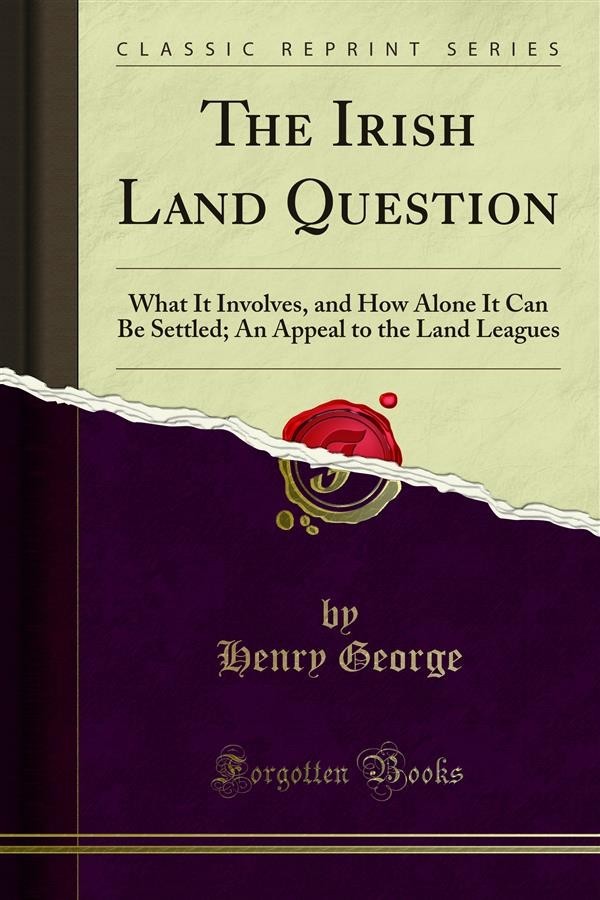 In charging the Dublin jury in the Land League cases, Mr. Justice Fitzgerald told them that the land laws of Ireland were more favorable to the tenant than those of Great Britain, Belgium, or the United States.<br><br>As a matter of fact, Justice Fitzgerald is right. For in Ireland certain local customs and the provisions of the Bright Land Act mitigate somewhat the power of the land-lord in his dealings with the tenant. In Great Britain, save by custom in a few localities, there are no such mitigations. In Belgium I believe there are none. There are certainly none in the United States.<br><br>This fact which Justice Fitzgerald cites will be reechoed by the enemies of the Irish movement. And it is a fact well worth the consideration of its friends. For the Irish movement has passed its first stage, and, it is time for a more definite understanding of what is needed and how it is to be got.<br><br>It is the fashion of Land League orators and sympathizing newspapers in this country to talk as if the distress and disquiet in Ireland were caused by British oppression, and our National House of Representatives recently passed by unanimous vote a resolution which censured England for her treatment of Ireland.