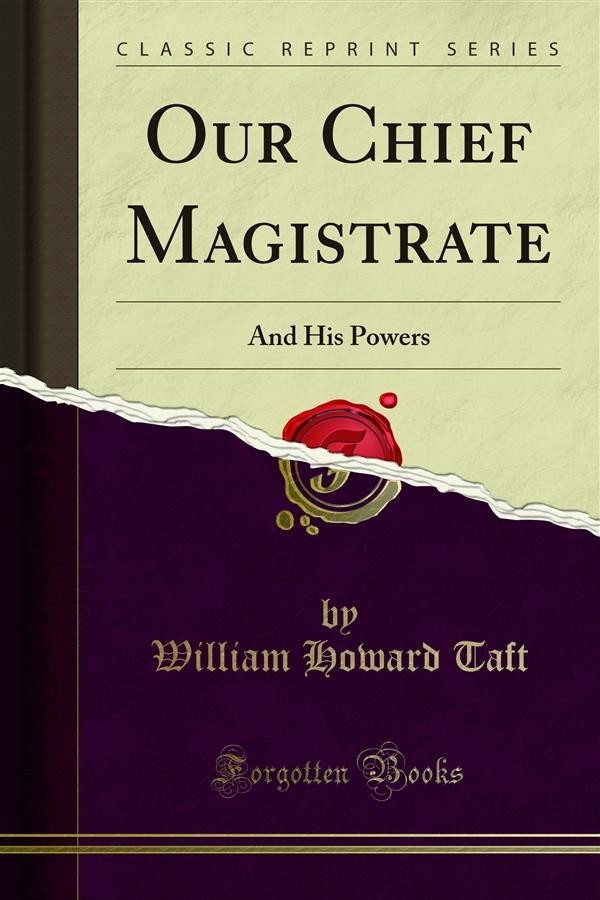 The six chapters included in this book were originally delivered by Mr. Taft at Columbia University, during the winter session of 1915 — 16, as the Blumenthal Lectures, under the general title: The Presidency, Its Powers, Duties, Responsibilities and Limitations. With this title, in accordance with the usual custom, they were also presently announced by the Columbia University Press as a forthcoming publication. Since a similar title had already been given to a course of three lectures delivered by Mr. Taft at the University of Virginia, in the academic year 1914-15, the publication of which had been undertaken by Charles Scribner's Sons, the title of this volume has been changed, at the author's suggestion, to its present form.