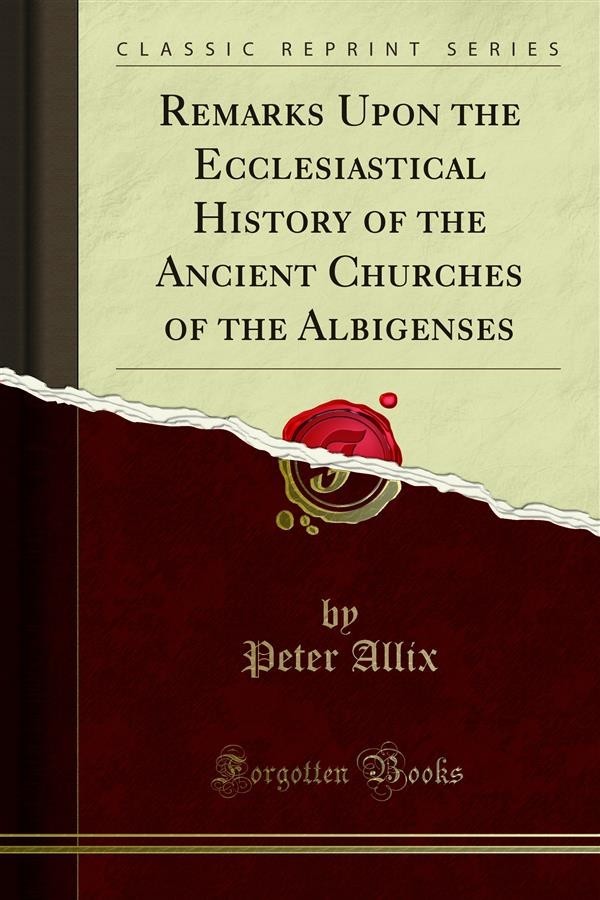 Nay, perhaps we are to think ourselves obliged to the Bishop of Meaux, who, raising himself a little above the common method of the Doctors of his own communion, has limited himself to accuse the Waldenses of schism only, whereas he might with as much reason have charged them with heresy, if he had followed the writers of controversy of his own party, or the legends of the saints of his comma nion. For it is certain, that the writers of contro versy in the Church of Rome, and those who have writ the lives of those Inquisitors that have been canonized, have never looked upon the Waldenses as any other than Manichees; so thoroughly rooted is the spirit of calumny in the members of that Church: the character of father of Eggheing very necessary to support that of 195w honourably, whereof they have been in possession so very long.