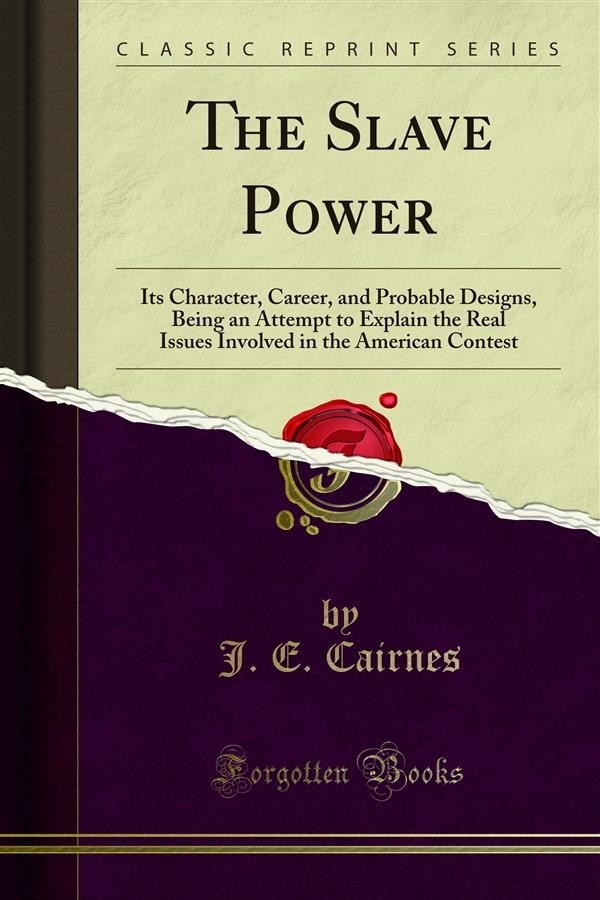 And these means would, in all probability, suffice for the object. To prevent the extension of slavery is, in the general opinion of slaveholders, to ensure its extine tion. It is, at any rate, the only means by which that object can be effected through the interest of the slaveholders themselves. If peaceful and gradual is preferable to sudden and violent emancipation (which we grant may in the present case be doubtful), this is the mode in which alone it can be effected. Further colonization by slaves and slave-masters being rendered impossible, the process of exhausting the lands fitted for slave cultivation would either continue, or would be arrested. If it continue, the prosperity of the country will progressively decline, until the value of slave property was reduced so low, and the need of more efficient labor so keenly felt, that there would be no motive remaining to hold the negroes in bondage. If, on the other hand, the exhaustive process should be arrested, it must be by. Means implying an entire renovation, economical and social, of Southern society. There would be needed new modes of cultivation, processes more refined and intel lectual, and, as an indispensable condition, laborers more intelligent, who must be had either by the introduction of free labor, or by the mental improvement of the slaves. The masters must resign themselves to become efiicient men of business, personal and vigilant overseers of their own laborers and would find that in their new circumstances successful industry was impossible without calling in other mo tivsa than the fear of the lash. The immediate mitigation of slavery, and the edu cation of the slaves would thus be certain consequences, and its gradual destruction by the consent of all concerned, a probable one, of the mere restriction of its area: whether brought about by the subjugation of the Southern States, and their return to the Union under the Constitution according to its Northern interpretation, or by what Mr. Cairnes regards as both more practical and more desirable, the recognition of their independence, with the Mississippi for their western boundary.