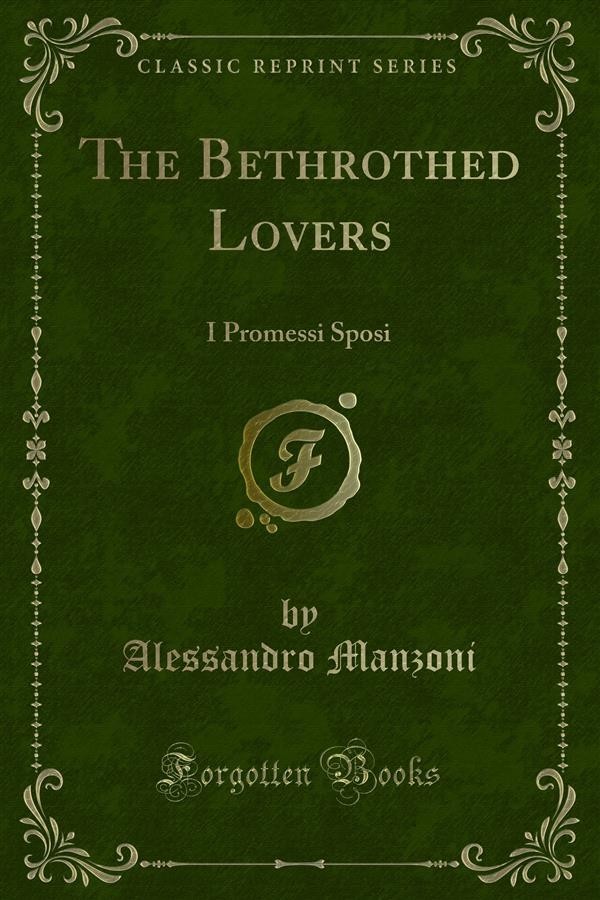 The past of Italy had been looked on as the past of Greece and Rome. Augustus and Virgil together had adopted Greece — or rather, appropriated her — when they modelled the zeneid on Homer, who was Greece, and gave it to the world as the expression of Rome's genius and her past. Dante and Italy had adopted Virgil, and, with Virgil, Aristotle, and even Seneca, as masters of literary form. To throw aside the uni ties, to vitalize the mediaeval lay figures which the writers had hitherto varnished with a classical glue, musty and clogged, was to be both bold and bad. But to go back only two hun dred years (the story of The Betrothed begins in 1628) and to describe life in all its petty details,to mix episodes of peasant life with realistic pictures of the plague, to paint a parish priest as neither a saint nor a fiend, to represent religion as a con servative force, and at the same time to admit that a priest might be more or less than the average man; to be heroic and commonplace in one and the same chapter — was, in 1825, to shock those Italian Arcadians who sat in the midst of Greek theatrical scenery carefully retouched in accordance with the more modern Latin taste. The connection between the romanticism of The Be trothed and Scott's Heart of Midlothian and realism is very close. Romanticism is, in one sense, a revolt; in th1s sense The Betrothed is romantic, though, compared with Reade's Cloister and the Hearth or Dumas's Three Mus keteers, it is extremely quiet in its ﬂow of incidents.