Rome and the Papacy 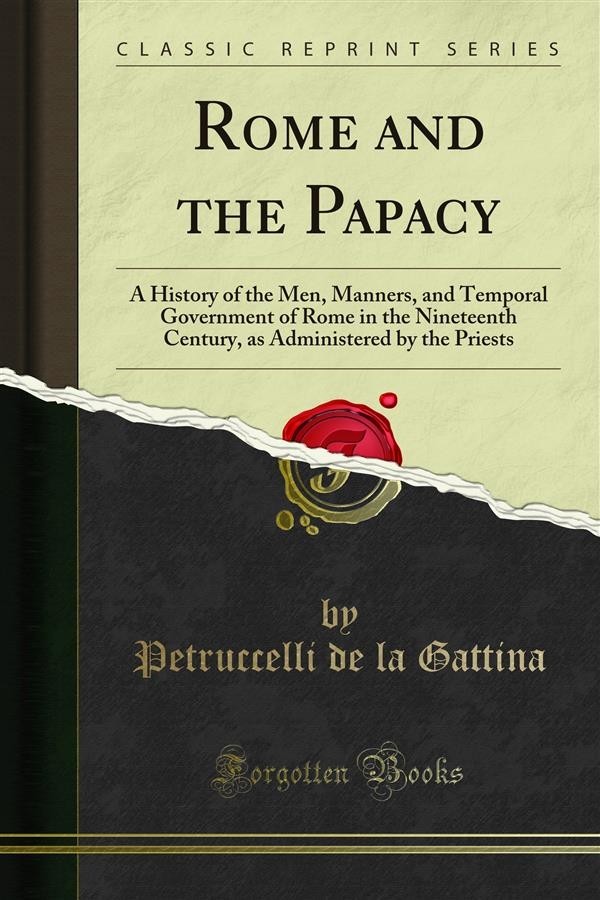 Rome and the Papacy

Catholic, and neither his book nor the one now pre sented to the reader is an attack upon the Roman Catholic religion. The right of every man to his belief is nowhere denied or called in question. The right which is disputed, by the millions of Italian Roman Catholics, is that of the Pope and Clergy of their own Church to tyrannize over them in temporal matters, to the destruction not only of the proper end of government, which, according to the ancient Egyptians, is to make life easy and the people happy, but of every principle of civil, moral, and religious liberty.