The Voyage of the First Hessian Army From Portsmouth to New York, 1776 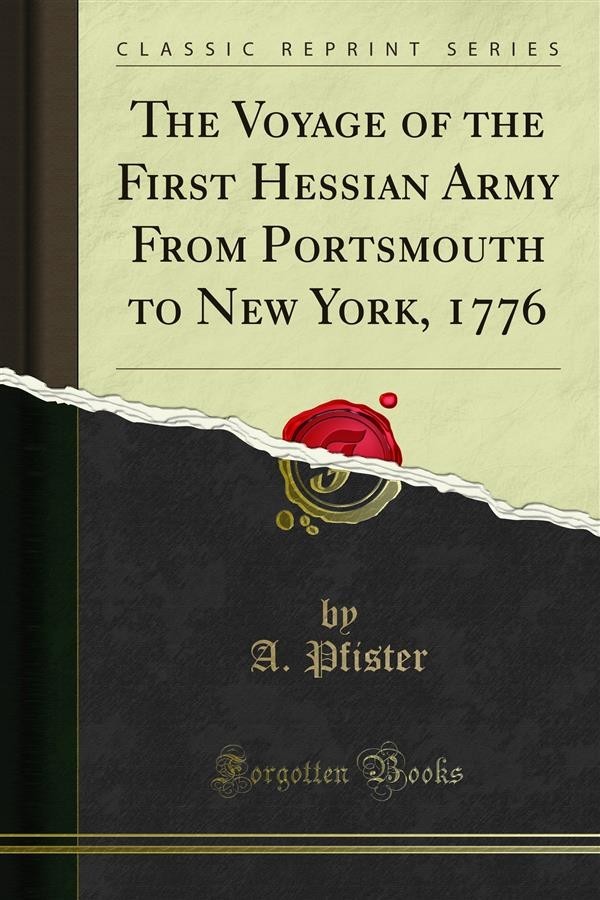 The Voyage of the First Hessian Army From Portsmouth to New York, 1776

A perfect calm had set in; the great waves rose to an astonishing height, and, although at a time of wind and full sail, the vibrations of the ships are lessened by the quick forward motion, yet in calm the opposite is true, for the ships were heaving and pitching, so that there seemed to be danger of com plete capsizing, or at any rate of the loss of the masts. In the darkness of night the foam sparkled on the ships and at times the lightning ﬂashed and quivered on the waves. Several ships had already met with accidents, in getting badly damaged by running against each other, and in some the constant pump ing out of water was made necessary. The ship Good Intent ran with its prow into the stern of the Claudina, on which there was a company of the regiment von Knyphausen under Lieutenant Baum, and to the great anguish and cry of the crew and troops made a great hole over the cabin. The ship Speedwell, on which there was lieutenant-colonel Block with the grenadier-company of the Prince Karl regiment drew so much water that it seemed doomed to sink. Accordingly signals of distress were hoisted, the Commodore signaled the ﬂeet to halt and by means of several boats had the ship thoroughly investigated. It became evident thatthere was no immediate danger, and that, with con stant use of the pumps, the Speedwell could continue the voyage.