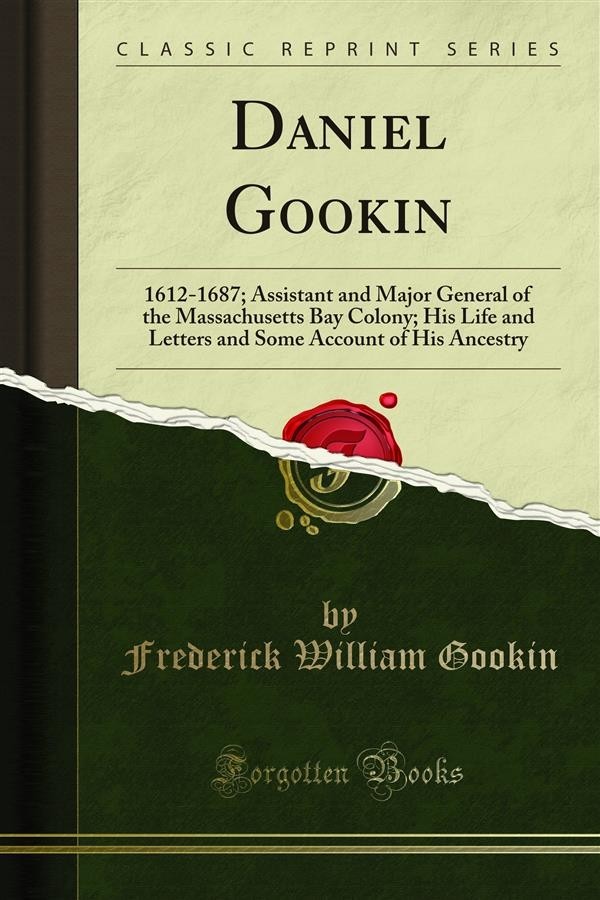 Hat no extended biography of Daniel Gookin has heretofore been published is without doubt attributable to the paucity of the available mate rial. About 1840 Mr. John Wingate Thornton began to gather information about his distin guished ancestor, and in 1847 the facts he had been able to get together were embodied in an article upon The Gookin Family, printed that year in the first volume of The New England Historical and Genealogi cal Register. For more than thirty years Mr. Thornton was an eager gleaner of every item he could discover concerning the grand old American patriarch and sage. Though, to his deep regret, he was unable to carry out his design of writing a life of Daniel Gookin, by his early researches he laid a foun dation for which I am greatly indebted. It is now thirty-six years since Mr. Thornton resigned his cherished task to my hands and I began the collection of data for the present work. In the scant leisure of a busy life this has been necessarily a slow process; and it is only within recent years that a considerable part of the information I sought has come to light. The more important facts of Gen eral Gookin's career are well known, but it has proved a difficult matter to supplement them with the mass of lesser items without which a well-rounded portrait could not be presented. Such a portrait I have endeavoured to prepare, but I am deeply sensible of many deficiencies. I have used the utmost care to secure accuracy of detail, and I can only hope that mistakes are few. Such as it is, the book is offered as a tribute to the memory of Daniel Gookin on the three-hun dredth anniversary of his birth. It forms a part of an extended history of the Gookin family, other portions of which I hope to print at some future time.