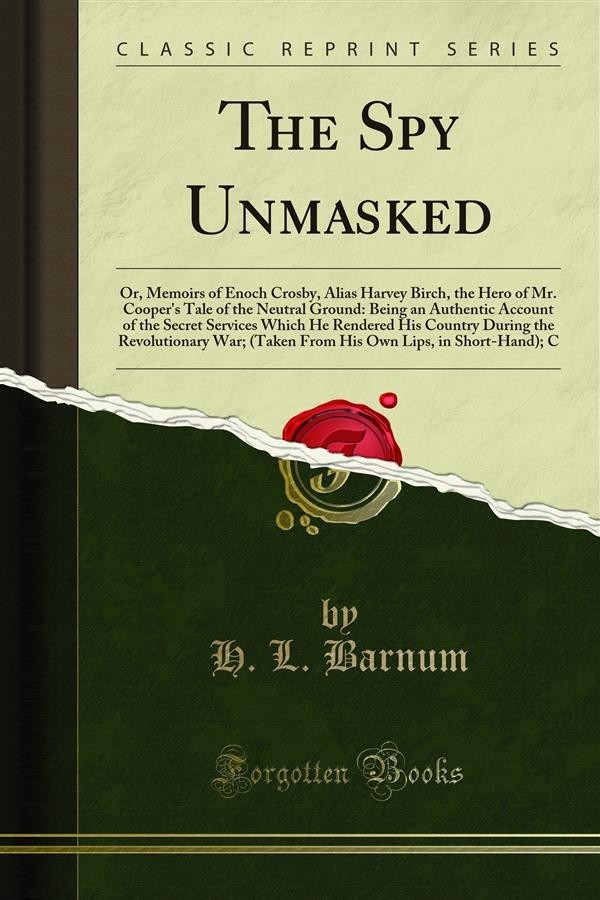 That there were several such secret agents in the service of the leaders Of the revolution, is a fact that is now well known; a fact to which the author alludes in the first chapter of The Spy, where he says, Many an individual has gone down to the tomb stigmatized as a foe to the rights of his countrymen, while, in secret, he has been the useful agent of the lead ers of the revolution. Each of these individuals might have contributed a tint, a shade, a line, or perhaps a feature, to the character of Harvey Birch; but we think no one can per use the following pages without be ing convinced that Enoch Crosby was the original model from which that character was formed.