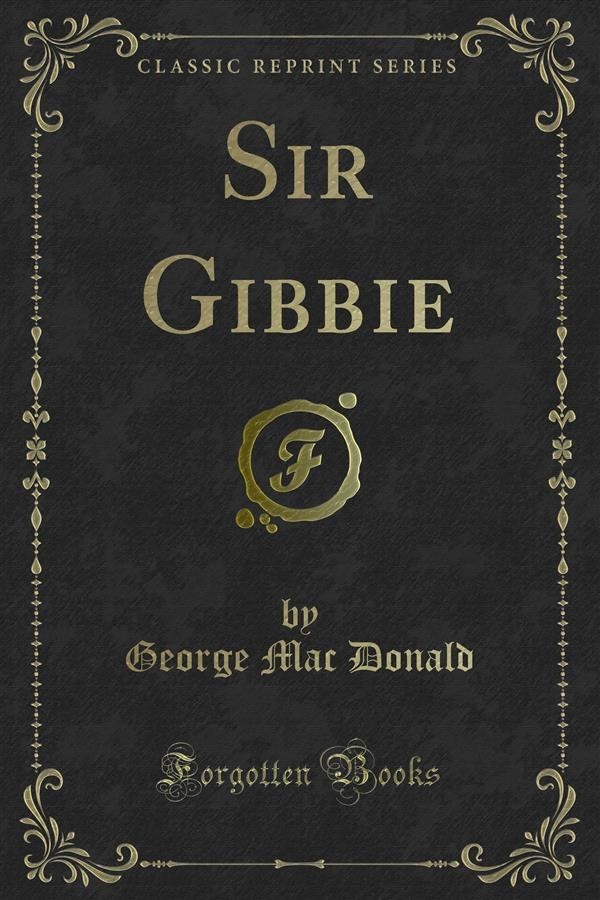 The likin' 'at craturs his for clean dirt! He's been at it this hale half-hoor she murmured to herself as she poured from a black bottle into a pewter measure a gill of whisky for the pale faced toper who stood on the other side of the counter: far gone in consumption he could not get through the forenoon without his morning. I wad like, she went on, as she replaced the bottle without having spoken a word to her customer, whose departure was now announced with the same boisterous alacrity as his arrival by the shrill-toned bell I wad like, for's father's sake, honest man! To thraw Gibbie's lug. That likin' for dirt I canna fathom nor bide. Meantime the boy's attention seemed entirely absorbed in the gutter. Whatever vehicle passed before him, whatever footsteps behind, he never lifted his head, but went creeping slowly on his knees along the curb still searching down the ﬂow of the sluggish, nearly motionless current.