The Life of William Cowper 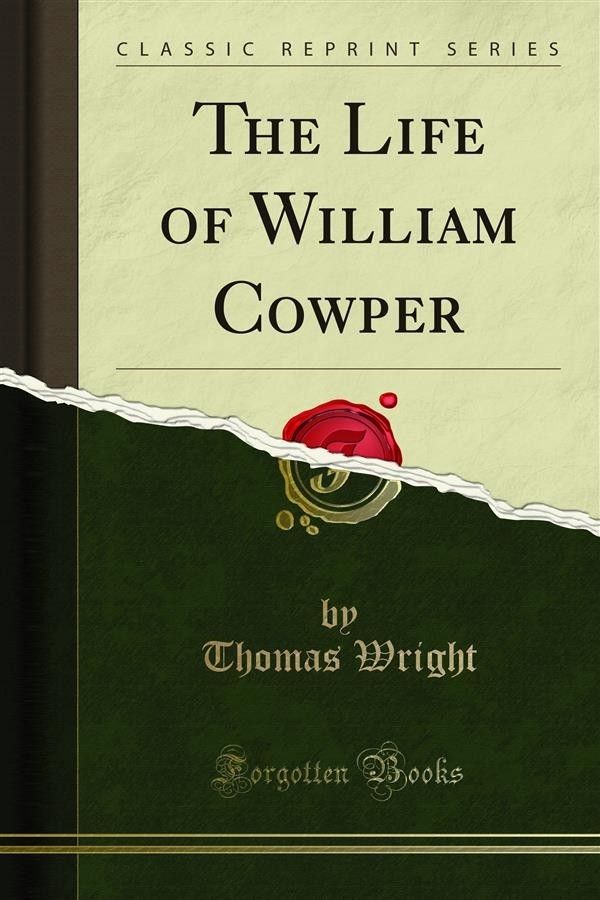 The Life of William Cowper

Last twenty-seven years and in no other way could I have discovered it. Religion, the miasmata of Olney, the inﬂuence of Newton, the sudden death of his brother — all these have at various times been held responsible for much of his misery. Undoubtedly the cause of Cowper's afﬂictions was inherited melancholia, but one of its effects has, curiously enough, escaped his former biographers, and that I am not wrong in attributing some importance to it is proved, I think, by the fact that we can trace its reaching inﬂuence throughout Cowper's life. The thing that caused him to believe that he was damned was a dream, a dream which he had at the end of February, 1773. It will of course be held, and rightly held, that this dream is only a specific instance of an habitual morbid frame of mind. Cowper, for his part, says over and over again, though not of course in so many words, that it was this dream, and nothing but this dream, that brought about the state of mind which rendered horrible the last twenty-seven years of his life. This belief of poor Cowper's cannot, alas! Shake, but will only strengthen, the general View of his disease; but it is interesting to remark that as a rule he did not believe in dreams, and we often find him ridiculing them. It is not necessary to say more in the Preface on this point: an account of the dream and the accompanying circumstances will be found in Chap ter IX.