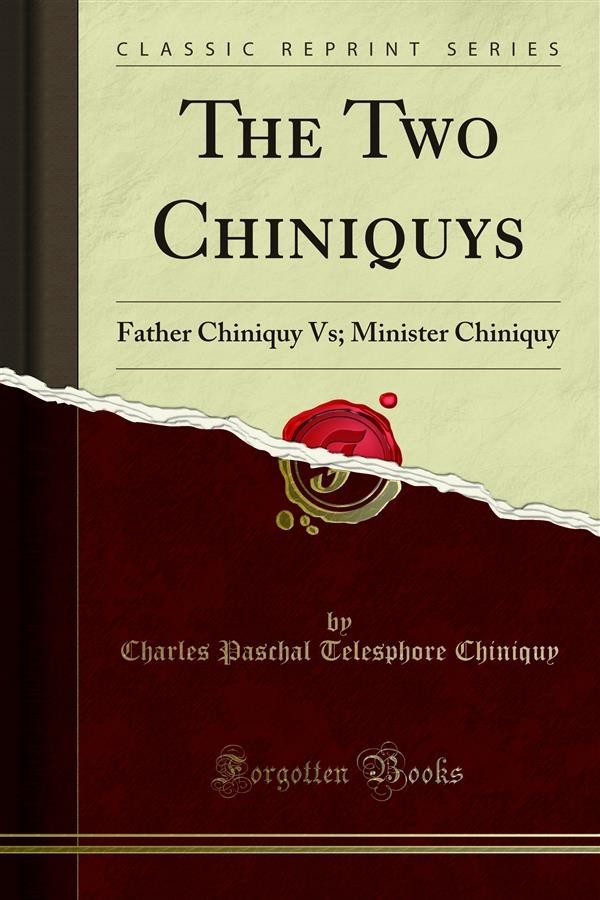 On Jan. 7th, 1851, several citizens of Ste. Marie were sent in all directions through the parish to announce that a certain Mr. Roussy who for some weeks had been doing his best to pervert the good Catholics of the parish, had at last consented to hold the public discussion which had been previously demanded of him in vain. The result was that, by one o'clock, over four hundred persons had crowded into the large hall of the presbytery around the Apostle of Temperance and Mr. Ronssy, for whom a platform had been erected to enable the crowd to hear to advantage. Mr. Joseph Harbeck was elected chairman, and Messrs. F. H. Gatien, notary, and Leandre Franchere, merchant, were requested to act as secretaries, and to take notes of what should be said and done during the discussion. Messrs. Chiniquy and Roussy then agreed to abide by the decisions of the majority on all personal questions, or those of privilege (but not those of doctrine) which might arise dur ing the discussion. The chairman also undertook to preserve order and silence in the assembly.