The Pioneers of Land Reform 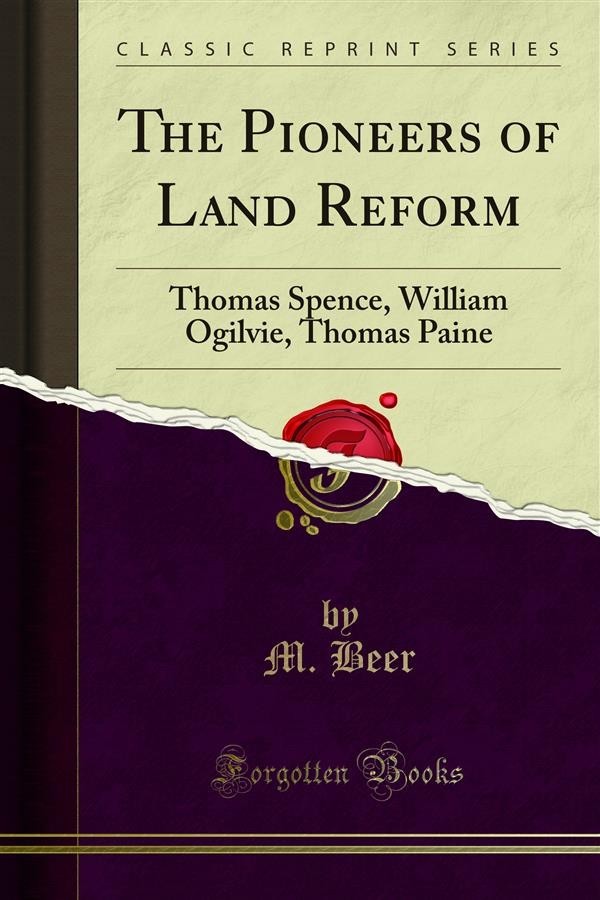 The Pioneers of Land Reform

Spence was of Scottish origin, his father having left Aberdeen for Newcastle, where Thomas was born. From a self — taught workman he gradually became a tutor and lecturer. On November 8, 1775, he delivered his lecture on land reform before the Newcastle Philosophical Society. Later on he left for London, where he took part in all revolutionary movements, and was twice imprisoned, for altogether seventeen months. In 1793 he republished his Newcastle Lecture under the title The Real Rights of M an, and in 1796 under the title The Meridian Sun of Liberty, or The Whole Rights of Man displayed. It was republished in 1882 by Mr H. M. Hyndman, who gave it the title Nationalisation of the Land, and in 1896 by Messrs Verinder and Morrison David son for the Land Restoration League.