A Pot of Oil 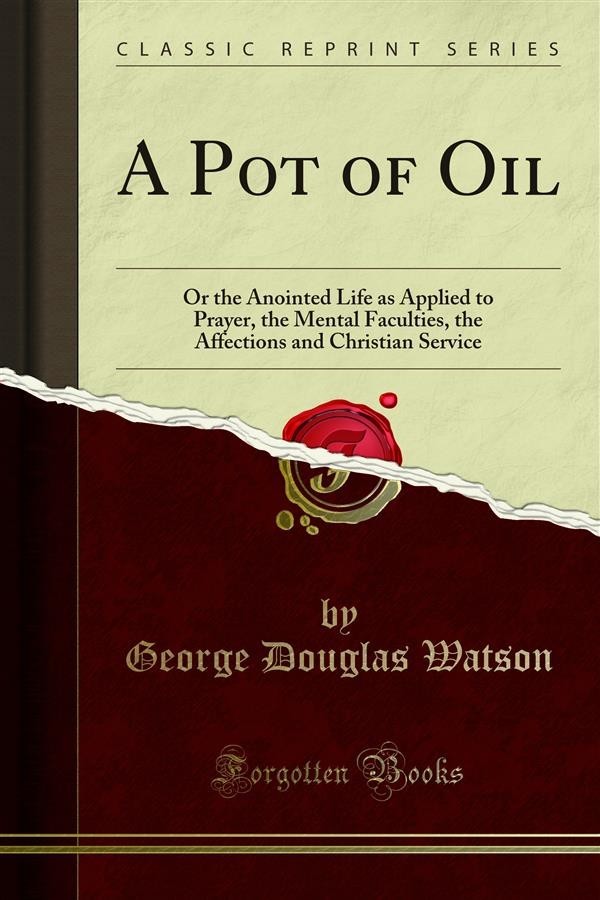 A Pot of Oil

I. 7716 servant of Lord in debt To be in debt is to be in bondage, and was never God's purpose, as applied either to money or to the spirit of obedience. Debt is the rod of Satan with which he scourges the children of men. Debt, dirt and the devil all belong together. The poor widow mentioned in this passage had been left by her husband with an old debt against the family, and although her husband was a preacher, one of the sons of the prophets, yet in his poverty had gone in debt to a rich, hard-hearted neighbor, and perhaps it had been increased by usury and now a crisis was reached, which wrung a pitiful cry from the heart of the widow and mother. In those days when the Holy Ghost had not been given as the um versal Comforter, the prophet Elisha stood in many instances to fill the office of the Holy Spirit to God's people, and so this woman cried to Elisha as he was the special mouth-piece of God's will to the people. Here is a picture of multitudes of the Lord's people to-day they are servants of God, but by being in debt they are hampered financially, and spiritually, for debt wears heavily on the mind of an honest person who intends to pay it. It saddens the heart, destroys cheerfulness, weakens courage, brings a certain sense of degradation, and, as Scripture says, the borrower.