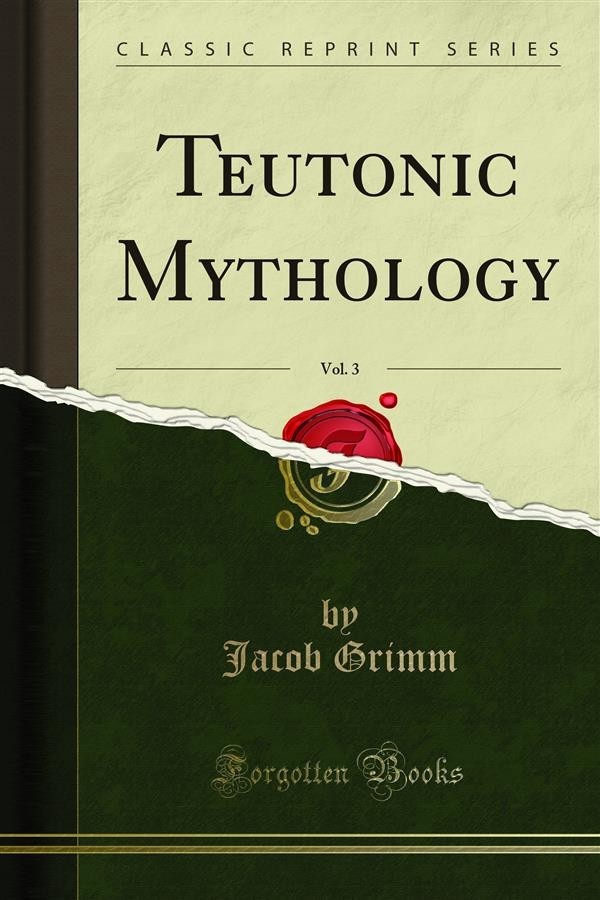 One may fairly say, that to deny the reality of this mythology is as much as to impugn the high antiquity and the continuity of our language: to every nation a belief in gods was as necessary as language. N 0 one will argue from the absence or poverty of memorials, that our forefathers at any given time did not practise their tongue, did not hand it down; yet the lack or scantiness of information is thoughtlessly alleged as a reason for despoiling our heathenism, antecedent to the conversion, of all its contents, so to speak. History teaches us to recognise in language, the farther we are able to follow it up, a higher perfection of form, which declines as culture advances as the forms of the thirteenth century are superior to our present ones, and those of the ninth and the fifth stand higher still, it may be presumed that German populations of the first three centuries of our era, whose very names have never reached us, must have spoken a more perfect language than the Gothic itself. Now if such inferences as to what is non-extant are valid in language, if its present condition carries us far back to an older and oldest; a like proceeding must be justifiable in mythology too, and from its dry water courses we may guess the copious spring, from its stagnant swamps the ancient river. Nations hold fast by prescription we shall never comprehend their tradition, their superstition, unless we spread under it a bed on still heathen soil.